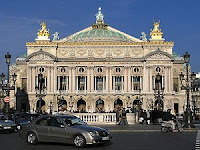 100 years ago at the Palais Garnier Opera House in Paris, 24 gramophone records were buried with the intention of teaching the world “[100 years from now] about the state of our talking machines and the voices of the principal singers of our times.” Adding to the mystique of the “buried voices” project, The Phantom of the Opera (in original novel form) begins and ends in the vault in which the records were left. 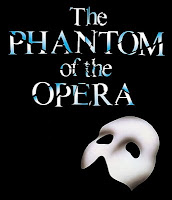 earthed and fully digitized online for all of us to enjoy. Click here for the French website that now hosts all of these files. Click here for the audio page where you can listen to Nellie Melba (of melba toast and peach melba fame), Enrico Caruso, and other opera stars of the late 19th and early 20th centuries. Truly amazing.

Just in case you weren’t aware, the Metropolitan Opera in New York broadcasts performances live on the radio around the world every Saturday afternoon. I’ve tuned in the last two weekends to WERN 88.7, which carries the broadcasts locally, to hear La damnation de Faust and Tristan und Isolde, and this weekend will feature Tchaikovsky’s The Queen of Spades conducted by Seiji Ozawa and starring Ben Heppner and Maria Guleghina (starting 11:30 a.m.). The broadcasts have been a tradition since 1931, though we almost lost them in 2004 when Texaco ended its 64 year stint of underwriting the program. Luckily Toll Brothers has picked up the slack!

Our venue for Cosi fan Tutte is the gorgeous Capitol Theater. Now a significant part of the Overture Center for the Arts, the theater was built in 1928 and was last known as the Oscar Meyer Theater (Madison Opera’s mainstage before Overture Hall opened in 2004). It’s a gorgeous space, the perfect size and with ambience well matched to Mozart’s music. To read about the renovations the Capitol recently underwent as part of the Overture Project, click here. Enjoy the pictures, the plush red velvet seats may just inspire you to hurry for your Cosi tickets! 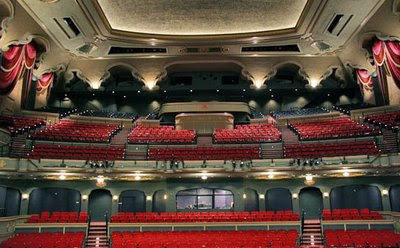 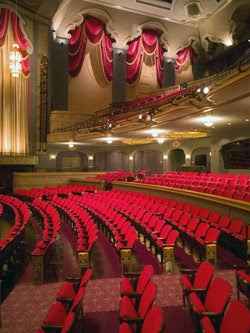 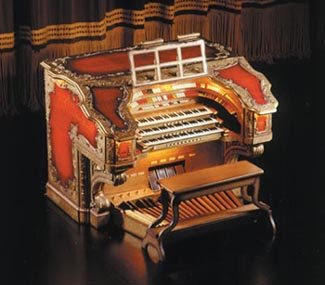 The Grand Barton Organ still alive and well in the Capitol Theater.

Problems with the restoration of Wisconsin native Frank Lloyd Wright’s Taliesin estate made the cover of the Wisconsin State Journal this Sunday, but more relevant to Madison Opera, check out this fascinating January 2008 article from Opera magazine on Wright’s plans for an opera house in Baghdad. We even get a nod in the first paragraph! (See: “And though few architects actually make it into an opera, that happened in 1993 when Daron Hagen’s Shining Brow (premiered by Madison Opera and since revived in several places) revisited the personal turmoil of an earlier phase in Wright’s life…”).

UPDATE 12/9: The second link in the original post above was accidentally set to the State Journal; it is now repaired and links to the Frank Lloyd Wright article in Opera magazine. Or just click here to get to that piece.

For the next few months I’ll be keeping an eye on the activities of our cast for Cosi fan Tutte before they arrive in Madison.

Mezzo-soprano Michèle Losier, our Dorabella in Cosi, just finished up a run of Offenbach’s Les Contes D’Hoffmann with Boston Lyric Opera, where she’s garnered some really wonderful reviews for her portrayal of La Muse and Nicklausse:

Michèle Losier impressed with her consistently warm and lustrous tone as La Muse and Nicklausse. -The Boston Globe

Up next for Michèle is a concert in Belgium and then Beethoven’s 9th with the Seattle Symphony Orchestra, followed by her run here in Madison!