Today is Madison Opera founder Maestro Roland Johnson’s 90th birthday, and it is with our sincerest gratitude that we wish him a very happy day! We are using this special occasion to start a season long blog series documenting Madison Opera’s 50 year history, which is inextricably tied to the passion and hard work of Maestro Johnson,  the company’s artistic leader for 32 years.

Roland Johnson was born in Johnson City, Tennessee in 1920. A trained violinist, he received a scholarship to the Cincinnati College-Conservatory of Music. As a young man, he enlisted in the Navy during World War II, and following the war, he pursued graduate studies in violin and composition at the Juilliard School and Tanglewood. In 1948, Johnson took over as conductor of the CCM orchestra, and in 1952-53, he received a Fleischmann Fellowship and spent a year in Europe as an assistant conductor to Hermann Scherchen. 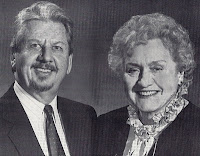 Roland and Arline Johnson arrived in Madison in 1961, where Roland was to be the new Music Director of the Madison Civic Music Association. At the time, no formal opera organization was associated with MCMA. However, upon their arrival, the Johnsons were approached by a group of Civic Chorus members led by Lois Dick, Robert Tottingham, Warren Crandall and Joanna Overn, about creating a formal opera company. 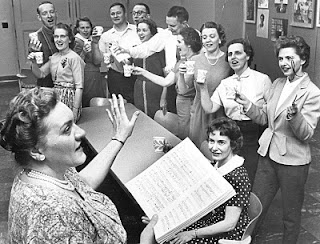 The immediate result was the Madison Civic Opera Workshop (above), which debuted in May of 1962 at a pops concert titled “A Night in Vienna.” Held in the Youth Building (now the Alliant Energy Center), the ensemble performed Act II of Strauss’s Die Fledermaus. Later the same month they performed Act II of The Marriage of Figaro in Scanlan Hall of Central High School, making that opera a fitting start to Madison Opera’s 50th season. 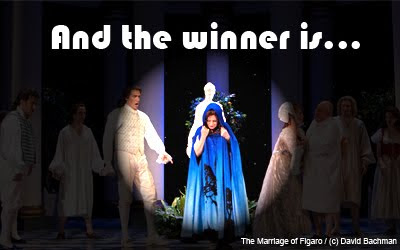 Our Facebook Fan Drive closed at Midnight on Friday, bringing in 185 new Facebook fans for Madison Opera over the course of ten days. Without further ado, the winner of two tickets to The Marriage of Figaro is…

MADISON ON THE CHEAP
Congratulations to Nadine and Izzy the intern for bringing in 30 fans, we hope you enjoy the show! Runners up were The Jewelers Workshop and Lavonne Dettmers, with 23 and 22 recruits respectively.
A big thank you to all who participated. Stay tuned for more fun Facebook contests and we’ll see you at the opera! 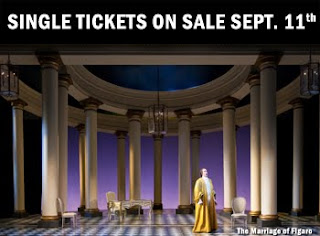 As we gear up for the new season and single ticket sales, we decided to have some fun with a Facebook Fan Drive! We’re asking YOU to recruit your friends to become Madison Opera fans. The person who gets the most new people to “like” our page on Facebook between now and the start of single ticket sales on Sept. 11th will win two orchestra-level seats to The Marriage of Figaro in November (a $156 value!). When encouraging your friends to “like” Madison Opera on Facebook, be sure to ask them to post your full name on our wall so we know who sent them! The winner will be announced on Monday morning, September 13th.