As any Madison Opera fan knows, we received one review this past May for Faust that was pointedly unpleasant. Beyond the usual frustration that follows any less than positive review was genuine shock at the language and tone in this particular piece. Alas, we survived the storm intact and confident in our artistic product, with many good things having been said about the production elsewhere.

It seems the Wolf Trap Opera is presently facing this situation (one that is inevitable for us all) and so general director Kim Whitman has taken to her blog with a list: Good Things About Bad Reviews. It is worth a read, and here are a few points we can relate to especially well:

Kim rightfully concludes that the dialogue reviews open up is essential; differences of opinion give us perspective and hopefully “keep us all from getting too complacent.” Kudos to her for seeing the light in the midst of the storm, and thanks to all of the Madison Opera fans who voiced their support for us back in May. 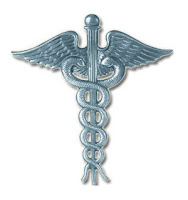 Via San Diego Opera’s Aria Serious? blog, we learn that what opera lovers have long claimed actually holds a grain of medical truth: a healthy diet of opera is good for the body and soul! No, seriously, an Italian study has showed that listening to opera has serious physical benefits, especially for stroke victims and others in need of rehabilitative medical treatment. Read for yourself at BBC News and CBC News.

The New York Times said she “exuded an intangible electricity” as Tosca. Opera News has called her “a star in the making.” Soprano Lisa Daltirus brings her powerful voice to Opera in the Park on July 25, when she’ll sing selections from her signature role of Aida and also explore new territory with Senta’s Ballad from The Flying Dutchman. In recent seasons, Ms. Daltirus has sung the title roles of Aida and Tosca with companies across the US, in addition to portraying Cilla in Margaret Garner with New York City Opera; Leonora in Il Trovatore and Desdemona in Otello with Seattle Opera; and Bess in Porgy and Bess with the Lyric Opera of Chicago. Read more about Ms. Daltirus here in this Opera News feature, and watch the video below.

Fast-forward to 1:27 if you’re impatient, and also check out this preview of Ms. Daltirus as Tosca in Seattle last year.

Tenor Adam Diegel comes to Madison twice in 2009: first for Opera in the Park, and then for Carmen as Don Jose in November. A graduate of Yale University, Mr. Diegel has performed in recent seasons with the New York City Opera, Opera Company of North Carolina, Tulsa Opera, Fort Worth Opera, and his hometown company, Opera Memphis. Upcoming engagements for the 2009/2010 season include Pinkerton in Madama Butterfly with the Savonlinna Opera Festival; a cover of Cavaradossi in Tosca with Lyric Opera of Chicago; Don Jose in Carmen with Florida Grand Opera; and Rodolfo in La bohème with The Minnesota Opera. Most recently Mr. Diegel made his European debut as Maurizio in Adriana Lecouvreur: check it out in the video below! We’re always thrilled to catch young artists at the start of exciting international careers.

After the clip from Adriana Lecouvreur, you can jump past the awards ceremony to the 7 minute mark to watch Adam sing onstage with the orchestra.

UPDATE: Puccini’s “Recondita armonia” from Tosca–the second part of the clip above, at the 7 minute mark–is on the Opera in the Park program, to be sung by Mr. Diegel of course.

A year to remember for Madison Opera: