English composer, conductor, violist and pianist Benjamin Britten was born on November 22, 1913 in Lowestoft, Suffolk. We are a day late but his birthday is certainly worth a mention, as our new production of his 1954 opera The Turn of the Scew is fast approaching.

In the coming weeks, I’ll be exploring Britten’s life and works on this blog. He was a child prodigy who would go on to change the course of opera in the 20th century. Thankfully, there are rich resources available online–courtesy of the Britten-Pears Foundation, one of our underwriters for Turn–and I intend to take full advantage of them!

As National Opera Week continues, we’re posing a question to readers of The MadOpera Blog: what’s your favorite opera? The conversation has already started on Facebook and Twitter (thanks to The Atlanta Opera), and now you can let us know in the comments section here.

I’d have to say that my favorite is Verdi’s Otello–so many breathtaking moments, which is what it’s all about in my book–but it could also easily be L’Orfeo (Monteverdi), Le Nozze di Figaro (Mozart), Parsifal (Wagner), Salome (Strauss), Nixon in China (John Adams), or Orphee (Philip Glass).

It’s an impossible question, but your interest must be piqued now, so join the conversation in the spirit of Opera Week!

Did you know this week is National Opera Week? Madisonians celebrated the power of opera with us at Carmen last weekend, and on Saturday the National Endowment for the Arts and Opera America officially kicked things off with the second annual Opera Honors:

In 2008, the National Endowment for the Arts (NEA) established the NEA Opera Honors to celebrate outstanding achievement and individual excellence. The awards are the highest honor the government bestows in opera, and this year they were presented on Saturday, November 14 at the Harman Center for the Arts in Washington, DC. OPERA America, the national nonprofit service organization, is the NEA partner in the Opera Honors program.

The 2009 awards were given in five categories: singer, composer, advocate, conductor and director. Combining power, flexibility and musicianship, Marilyn Horne expanded the repertoire for generations of mezzo-sopranos, and through the Marilyn Horne Foundation she has helped innumerable young singers as well as the future of the vocal recital. John Adams has rewoven the fabric of opera with works such as Nixon in China and Doctor Atomic. In his unique musical language, he confronts the moral complexities of our time, and dares audiences to do the same. Lotfi Mansouri was the innovative director of two major companies, the Canadian Opera and the San Francisco Opera, and revolutionized the art form through pioneering use of supertitles. Though he conducts throughout the world, Julius Rudel will be best remembered for taking a young company, the New York City Opera, and making it into a unique and international force. Since his first venture into opera—directing Susannah at the New York City Opera in 1958—Frank Corsaro has used his keen dramatic sensibilities to revivify the core repertoire and to create exciting productions of new and lesser-known works. 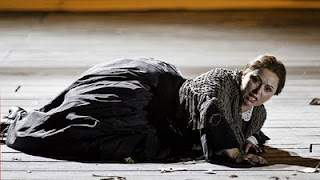 BBC radio is streaming a performance of The Turn of the Screw online until tomorrow at Noon. It’s a broadcast from last weekend at the London Coliseum, with an estimable cast led by Maestro Charles Mackerras:

Check out more cool 360 views of the Overture Center for the Arts–Madison Opera’s performance home–over at the Overture Blog.