The Overture Center for the Arts–of which Madison Opera is a resident organization–has released a study conducted by AMS Planning and Research that demonstrates the center’s sizable financial impact on downtown Madison and Dane County.

Details of the study can be found on the Overture website and in today’s Wisconsin State Journal.

Since opening, more than 500,000 people have attended resident organization performances.

In 2008 alone, Overture audiences spent an additional $9.8 million related to their attendance, above and beyond the price of tickets, including meals and lodging downtown.

As a resident organization, we take pride in the positive impact Overture has had on the Madison community and in the world-class performances this unique space has allowed us to produce.

Before we dive into The Flying Dutchman, here’s a look at what the critics are saying about our new production of The Turn of the Screw, which had a four performance run in The Playhouse this past weekend…

“Richly theatrical…Gorgeous set and lighting designs make the story come alive while grounding it in fantasy.” –The Capital Times 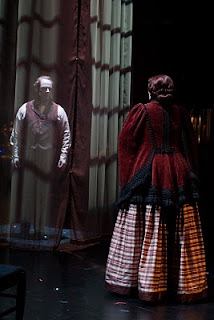 “It was brave and ambitious of the Madison Opera to choose Benjamin Britten’s The Turn of the Screw for its mid-season production…In all, an absorbing production of a thought-provoking opera.” –The Isthmus 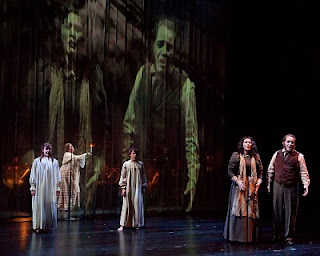 “…the company knows how to mount a big production on a small stage…[they] pulled it off brilliantly…My advice if you don’t have tickets: Find a scalper.” –Channel 3000 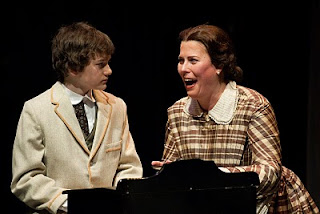 “That intimacy [of the Playhouse] amplifies fine performances and it was a pleasure to watch the singers practice their craft so near. Anyone with a heart will thrill to soprano Caroline Worra…Her performance as the Governess is exhilarating.” –Dane101.com 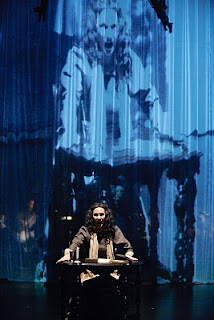 “…ghostly projections on the gauze-like screens sometimes slowed down the action to an otherworldly effect. It was powerful and original use of visual imagery…” –The Well-Tempered Ear

Thank you to our incredible cast and creative team–audiences won’t soon forget this powerful production!

All photos by James Gill.