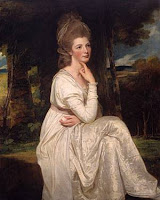 The following is written by guest blogger Adria Rice. Adria is the new operations manager for Madison Opera. She recently graduated from Northwestern University with a degree in vocal performance and English.

In The Marriage of Figaro, Mozart’s music and Da Ponte’s lyrics create a scenario in which the upper class and the lower class scheme with and against each other. The Count Almaviva attempts to use his status and power to exercise his “feudal right” and take his wife’s chambermaid, Susanna, to bed before her marriage to Figaro (the Count’s personal valet). Susanna, a trusted friend of the Countess, reveals her wit and cunning as she and the Countess concoct a plan to expose the Count and reprimand him for his lecherous behavior. The plan to trick the Count begins when Susanna tells the Count that she will come to the assignation in the woods. But the woman he woos in the woods will not be Susanna, but his wife, the Countess, dressed as Susanna.

By Act III, Scene 8, the Countess is waiting for Susanna to arrive with an update concerning their plan to trick the Count. In the recitative before the Countess’s Act III aria Dove sono, the Countess wavers, wanting to go ahead with the plan, but fearing to punish her husband publically: “The plan seems to me a little rash, and against such a quick and jealous husband! But what harm is there in it?” In her public life she is a strong noblewoman, but in private she is a despondent wife forced to seek refuge in the cunning of her friend and maid, Susanna. The Countess sings, “First loved, then insulted, and at last betrayed, you [The Count] force me to seek help from one of my maids!” Her recitative is very dramatic, and her anger at her husband builds throughout the recitative, culminating toward the end with an A above the staff on her last phrase.

In the aria Dove sono, The Countess laments her broken heart and her husband’s wandering affections. Dove sono is challenging because it has long legato phrases that require skilled breath control. Great vocal technique is imperative in order to sing it successfully. If sung improperly, a Mozart aria will quickly reveal flaws and imperfections, but if sung with good technique it will reveal all the beautiful qualities and textures of the voice. Arguably, Mozart gave his most difficult and most lyrical music in The Marriage of Figaro to The Countess, and we know Madison Opera audiences are in for a treat with soprano Melody Moore’s interpretation.

Listen to the great Renée Fleming sing the Countess’s Act III recitative and aria, Dove sono, and follow along with the English translation:

Aria:
Where are the lovely moments
Of sweetness and pleasure?
Where have the promises gone
That came from those lying lips?
Why, if all is changed for me
Into tears and pain,
Has the memory of that goodness
Not vanished from my breast?
Ah! if only, at least, my faithfulness,
Which still loves amidst its suffering,
Could bring me the hope
Of changing that ungrateful heart!

Madison Opera is proud to join nearly 100 other opera organizations nationwide to celebrate National Opera Week (October 29 – November 7), organized by OPERA America, the national service organization for opera, with support of the National Endowment for the Arts.

National Opera Week celebrates the vitality of opera in America today and brings the inventiveness and excitement of opera to a broader national audience. The strength and diversity of established opera companies, community opera ensembles and opera training programs across the United States will be shared through a variety of free and accessible activities for opera lovers and newcomers to the art form.

“National Opera Week is an opportunity to highlight the astounding diversity and creativity of opera activity across the United States today,” stated Marc A. Scorca, president & CEO of OPERA America. “There is something for everyone during National Opera Week, providing both the seasoned attendee and newcomer a chance to learn about, experience and enjoy the art form in an informal setting.”

Madison Opera is excited to offer a variety of opportunities for people in the Madison area to get involved. From a Book Club discussion of Marrying Mozart to a “Figaro” themed wedding cake contest, from a free Pre-Opera Talk to Blogger Night at the Opera, there is something for everyone. Check out our full list of events and join the fun. 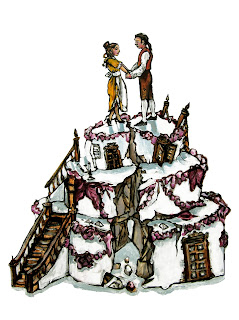 To celebrate the marriage of Figaro and Susanna, Madison Opera is excited to host a Wedding Cake Contest among the Madison area’s top bakeries! The wedding cakes and cupcake arrangements will be on display in the Overture Hall lobby and the voting will take place on Opening Night of The Marriage of Figaro, November 5th, prior to the performance and during intermission. The winner will be the most attractive and inventive, as determined by YOU, the audience members! Whether you’re planning a wedding and want to scope out local vendors or just love sweets, come view the scrumptious deserts and vote for your favorite! Everyone who votes will also be entered into a raffle to win gift certificates to the participating bakeries. The following bakeries have stepped up to the challenge: 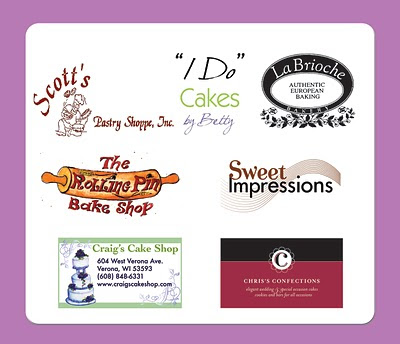 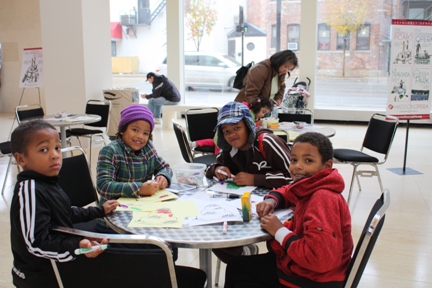 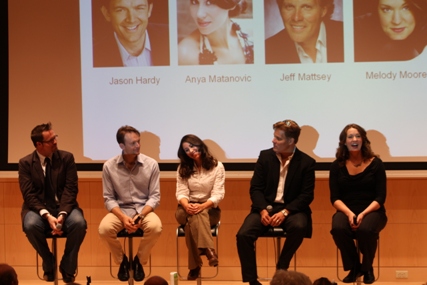 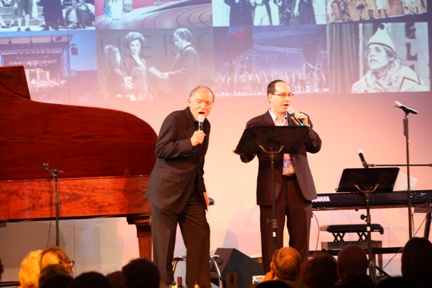 Here’s the rundown on what’s happening this weekend with Madison Opera:

Join Madison Opera at Kids in the Rotunda as we prepare for the opening of The Marriage of Figaro by coloring in “Cakes” in the Rotunda! At this event, young children are invited to showcase their coloring talents by decorating cake templates in the Overture Hall lobby, before and after jamming with The Gomers at Kids in the Rotunda! The colorful creations will be on display in the Lobby during performances of the opera on Nov. 5th and 7th.

General Director Allan Naplan starts the Opera Up Close 2010-11 Series with an engaging, multimedia preview and introduction to The Marriage of Figaro. Explore Mozart’s life and music and hear from the director and cast of the Madison Opera production. $20 general admission / free with valid student ID. MMoCA Lecture Hall.

A special event to benefit Madison Opera, featuring delicious Italian dining and entertainment with the cast of The Marriage of Figaro, plus a special performance by Allan Naplan and John DeMain. At Full Compass Systems.

*These events are our first as part of NATIONAL OPERA WEEK! We’ll post more about what’s to come on Monday.