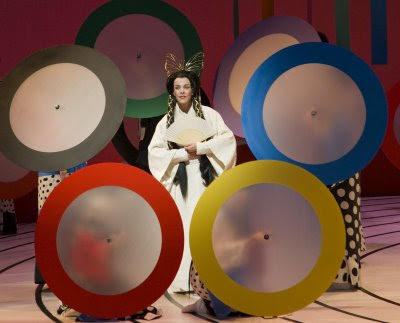 Maria Kanyova as Cio-Cio-San. (Credit: Jamie Young)
…the wonder and simple beauty of Jun Kaneko’s production of Madama Butterfly. I’ll be posting more next week, but in the meantime, you should take a look at these photos of the production by Joyce DiDonato. 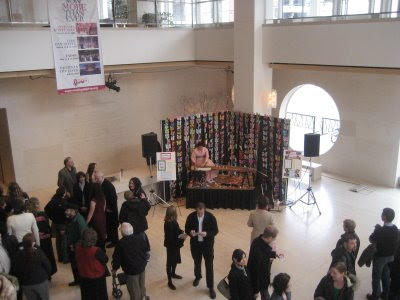 A crowd gathers to watch the koto player Satoko Someya before Sunday’s performance of Madama Butterfly. 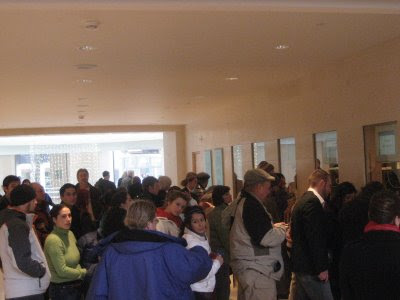 The crowds turned up at the box-office on Sunday, including many students, who made up 12% of the weekend’s audience. 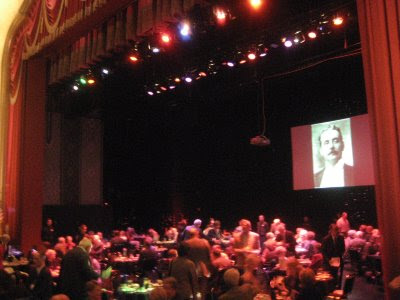 After the performance was “A Taste of Puccini” on the Capitol Theater stage, a celebration of our opening weekend, Puccini’s 150th birthday, and our guest of honor Dr. James F. Crow. 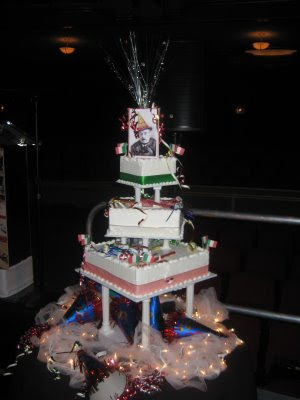 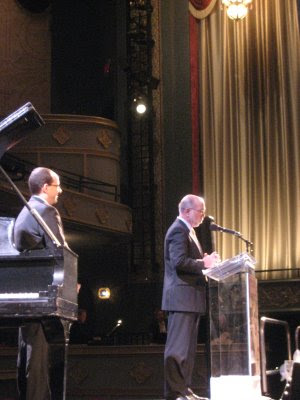 Roth Judd, President of the Board of Trustees, welcomes guests to “A Taste of Puccini” (in Japanese and Italian). 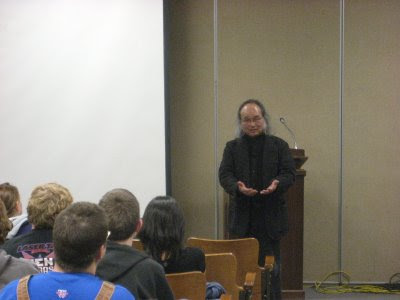 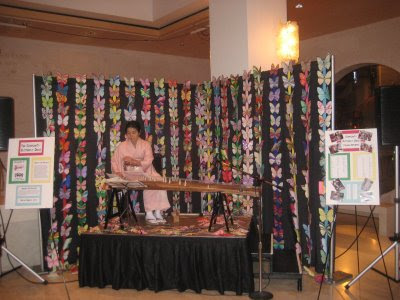 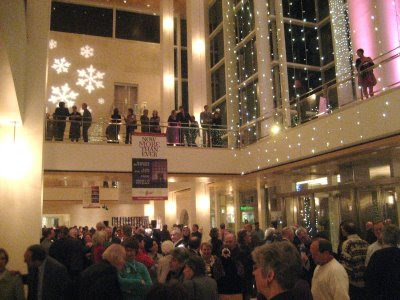 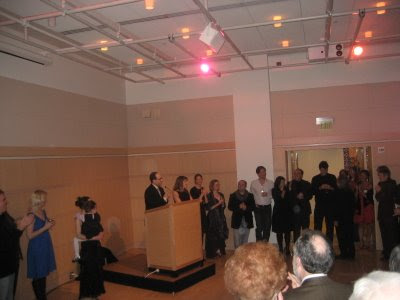 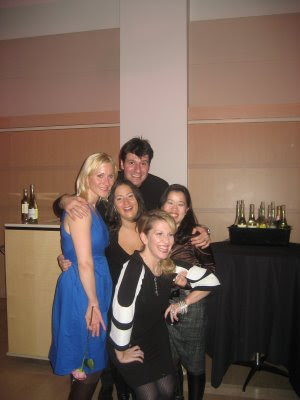 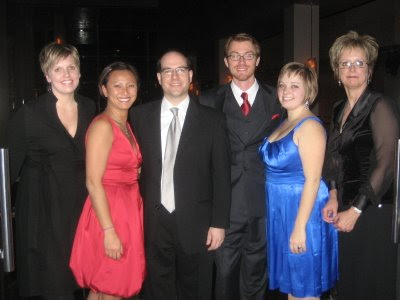 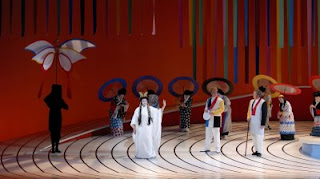 Wow…what a night! Madama Butterfly opened last night at Overture Hall to a capacity crowd that simply loved it. The audience was with Butterfly for every note, every joy, and every heartache, and the spontaneous and prolonged ovation that came with Maria Kanyova’s bow only confirmed this. Jun Kaneko’s designs drew “oohs” and “ahhs” throughout the night and set the stage for truly magical music making.

Don’t just take my word for it. The reviews are in, and here’s what the critics are saying:

“This story lives and dies in the body of Cio-Cio-San, played marvelously by soprano Maria Kanyova.”
“Kaneko’s costume and set design is unavoidably stunning…At times seeing the set change is like watching an abstract painting being made.”
“…there is no doubt Rawls has the tenor chops for the role [of Pinkerton]. Even while carrying Kanyova, he hits massive high notes that spin and soar into the hall.”
“Baritone Grant Youngblood is a fine Sharpless, Pinkerton’s older and wiser friend, infusing the role with believability and gravitas. As Suzuki, mezzo-soprano Heather Johnson is also a pleasure, notably in her gorgeous second act duet with Kanyova.”
“Maestro Leonardo Vordoni’s conducting is expressive and responsive…”

“Leslie Swackhamer’s direction creates an image of the East that is no longer exoticized, but instead, a kind of imagined place where moons drip blood and silent, black-clad dancers move in stylized patterns across the stage.“ 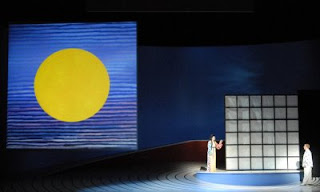 Victoria Pietrus, The Badger Herald, “Madama Butterfly to Spread its Wings at Overture”