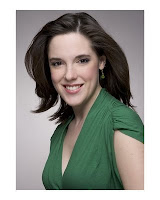 The performances will be something of a homecoming for Mary, who grew up in Madison, where she studied with voice professors at UW-Madison and performed with Wisconsin Youth Symphony Orchestras. She received her BM from the Cleveland Institute of Music and recently completed her master’s in music at the Manhattan School of Music. Click here to visit her website, where you can read her complete bio and listen to audio samples.

Michael Kaiser, President of the Kennedy Center for the Performing Arts, has written an important editorial in The Wahsington Post. Click here to read “No Bailout for the Arts?”.

Lucia di Lammermoor (2007/08 Season) was number three on the Wisconsin State Journal’s top ten list of outstanding live shows or events in 2008. And in his year-end round up, classical music critic for The Isthmus John Barker says “Madison Opera had a particularly venturesome year,” covering everything from “the novel and intimate…Tender Land” to “the demanding warhorse Lucia” and a “brave” production of Madama Butterfly.

It has indeed been an exciting year for Madison Opera; here’s to an equally “venturesome” and successful 2009! 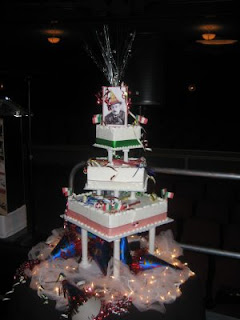 Cosi is the title of a very funny 1996 Australian film. A first-time director takes a job at a mental hospital, thinking he is organizing a variety show for the patients. Instead, they demand to do Cosi fan Tutte, and the mayhem that ensues is both touching and hilarious. The plot of the opera has been debated for centuries, and the same debate makes its way into the film: some characters see a true, human lesson on love unfolding, while others dismiss it as mysoginistic, dated, and ridiculous. Perhaps its both? Either way, the issues addressed in the opera inevitably begin to reveal themselves in the characters’ real lives, and the culminating production is highly entertaining. A young Toni Collette and Rachel Griffiths are the stars you’re likely to recognize, though I found the quirkier patients most amusing. Definitely worth a viewing! Click to find the DVD on Amazon.