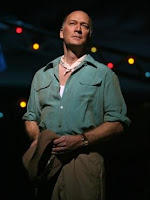 David Pittsinger, the renowned American bass who will be singing Méphistophélès in Faust with Madison Opera in May, is currently starring as the French plantation owner Emile de Becque in Rodger and Hammerstein’s South Pacific at the Vivian Beaumont Theater on Broadway. Pittsinger replaced fellow opera star Paulo Szot in the role on Dec. 2 and will stay with the show until Jan. 27. He’ll return to the Great White Way again from Mar. 12 – Apr. 12, before coming to Madison. Pittsigner is singing opposite Broadway megastar Kelli O’Hara in this new Bartlett Sher production, which garnered 7 Tony Awards last year, including Best Revival of a Musical. My grandmother recently attended the new South Pacific and said it was a highlight of her theater-going life, it was so magnificent (high-praise, considering she saw the original production when it opened on Broadway!).

Read more on Pittsinger at Playbill and BroadwayWorld. Click here for your Faust tickets. 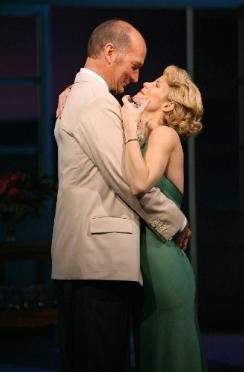 2 comments on “Madison Opera on Broadway”

I saw the original South Pacific too. Maybe MeMaw and I sat next to each other way back when.

One of my long standing dreams was to attend all theatre shows and the South pacific is my favourite one. I know all the words by heart so it was nice to remember again in your post. Thanks for bringing back some fond memories about the south pacific . This weekend I’m going to visit my sister and we get pretty good tickets to attend it again via:
http://www.tickethold.com
So I'll be analyzing as well as enjoying that show.