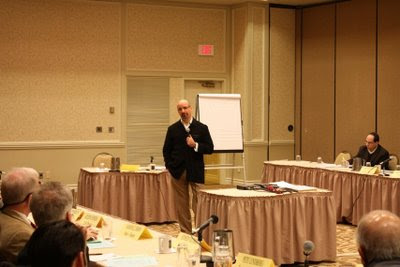 President and CEO of Opera America Marc Scorca (above) was in Madison this weekend to lead a discussion with the Madison Opera Board of Trustees. At the start of the strategic planning process, during which Madison Opera will set long term goals, Marc came in to focus our attention a bit, leading with the notion that “good planning pulls you from the future.” It was an enlightening, positive day, full of spirited discussion, and here are some excerpts:

Marc’s “Trends in the Opera World”

Marc walked us through his lists of ten positive trends in the opera world and ten concerns. This helped everyone in the meeting contextualize Madison Opera’s growth, and along the way sparked some pointed questions and debate (as all lists do). For the blog I’ll just note what I felt to be the most interesting positive and concerning trends:

Concern: “The emergence of multiple audiences” 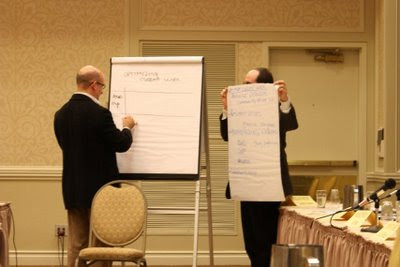 The Future of Madison Opera

Saturday’s meeting was meant to be an assessment of where we are and an organization of our thoughts on where we want to go. Unfortunately I can’t just go blathering about all of the cool stuff that came up in the discussion about Madison Opera’s next steps, but I can say it’s clear many exciting destinations await. Thankfully, our financial ducks are at present all in a row, as the comparative analysis revealed. But the reality remains that nothing huge can really happen in this economy, it’s just too risky. So for now, we go ahead with our strategic planning, letting the future pull us forward while being prudent and always striving to present the highest quality opera possible.