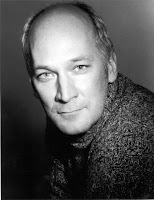 It’s round 3 of “Eye on the Cast,” this time for Faust. I wrote about bass David Pittsinger earlier in the year, during his first run on Broadway in the Tony-winning revival of South Pacific. Now he’s at it again, taking the Broadway stage as Emile De Becque until April 12. You can read more about Pittsinger and his decision to give up a gig at the Met for South Pacific in this recent Hartford Courant feature. After Pittsinger sings Mephistopheles in Faust with Madison Opera in May, he’ll head back to Broadway, but not surprisingly the Met has come calling again: next season he’ll make appearances in Alban Burg’s Lulu and Mozart’s The Magic Flute at the famed New York institution.

2 comments on “Eye on the Cast: David Pittsinger”

Hi Brian…your readers may also be interested to know that David will be performing at the Met in Tosca in Fall 2009 and Spring 2010, including opening night in September.

The last I heard from David, on March 31, was that he "bought out" his contract with the Met to take South Pacific "on the road"