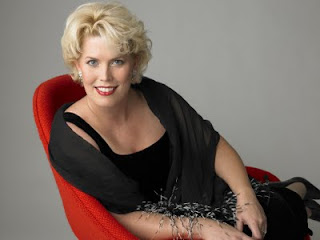 Madison Opera’s casting high point promises to be the gifted Caroline Worra as the Governess in The Turn of the Screw...
–Opera News, “Hot Tickets”

Soprano Caroline Worra has been hailed as “a new soprano powerhouse” by The New Yorker. In Time Out New York, the composer Mark Adamo had this to say: “Caroline’s an immaculate musician and vocally complete, but that’s only where a singer starts. Her sound is utterly her own–rich, bright, crackling with intensity–and every time I hear her, she’s a bolder, more inventive actress.” From January 28-31, you can hear her sing the role of The Governess in Madison Opera’s production of The Turn of the Screw.

There’s a reason our casting of Ms. Worra as The Governess caught the attention of Opera News magazine: she is known for excelling in contemporary repertoire. I first heard her as a stunning Eurydice in Philip Glass’s Orphee at Glimmerglass Opera in 2007; with that same company, she earned a Grammy nomination for a recording of The Mines of Sulphur and high-praise for creating the title role in The Greater Good: The Passion of Boule de Suif. Earlier this season, she was Miss Rose in the world premiere of Stephen Schwartz’s new work, Seance on a Wet Afternoon.

But to focus only on her work in contemporary opera would ignore her huge range. She’s recently performed Marguerite in Faust with Opera Memphis, and this month, she is in Chicago at the Lyric Opera for Hanna in The Merry Widow. Perhaps these two videos of Caroline (Verdi’s Il Corsaro and Stravinsky’s The Rake’s Progress) capture it best.

Rehearsals for The Turn of the Screw start January 11th, and we can’t wait!

0 comments on “Eye on the Cast: Caroline Worra”