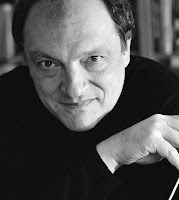 As many of our readers already know, Madison Opera’s artistic director John DeMain is currently in Vancouver. Rumor was that he would be competing in the Men’s Snowboard Cross, but it turns out he is conducting the John Adams opera Nixon in China for Vancouver Opera. While at Houston Grand Opera, DeMain conducted the world premiere of this important work.

To learn more about the Maestro’s activities in the Olympic city, check out Vancouver Opera’s Nixon in China blog and Jake Stockinger’s preview chat with DeMain. Performances of the opera take place in March, as part of Vancouver’s Cultural Olympiad, and the latest word is that Maestro’s hotel room overlooks the Olympic Village. Not quite Snowboard Cross, but the Nixon score does require athletic ability in its own right!

0 comments on “Maestro in Vancouver”