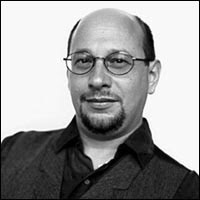 Hi everyone. Allow me to introduce myself. I am Michael Scarola and I have the honor of directing the first Wagner opera ever to be presented by Madison Opera, Der Fliegende Holländer, or The Flying Dutchman. This is my third time directing for Madison Opera and I have to tell you that it is one of my favorite companies to direct for. I can’t even begin to tell you how special it is for me that your esteemed General Director Allan Naplan and Artistic Director John DeMain have trusted me with this huge project.

And HUGE it is. 6 brilliant soloists, an almost 60 voice chorus (and this chorus sounds better than it ever has), 5 fighter guys and 1 Body Double…which I’m not saying anything else about so as not to give anything away. And then there are the immense and very bold sets that were originally designed for a new production by the New York City Opera, my home company where I have had the privilege of spending five seasons now.
We have just finished our first week of rehearsal and as this is the first time I am directing a Wagner opera I was not really sure what to expect. To my surprise we actually have about two-thirds of the opera already staged! This is due in large to part to how well-prepared everyone is and how giving the cast, chorus and crew have been to me. I could not have asked for a better group of colleagues to do my first Wagner with. Well, on to week two. More as we approach our final room run later this week before we move into the theatre!

Thanks for your enthusiastic and interesting post, Michael. Given your impressive resume and all the important projects you have done, we are also very lucky to have YOU working on this amazing project. Can't wait to see everything come together on stage. Pete