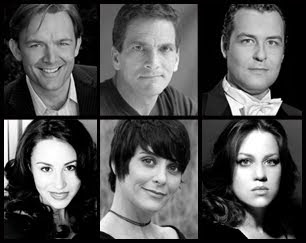 Madison Opera’s 2010-2011 Season: Celebrating Fifty Years, is almost here, which means it’s time to start thinking about your tickets if you don’t already have them. You wouldn’t want to miss this group of wildly talented and beautiful stars on stage, would you? Here’s the rundown of your options: 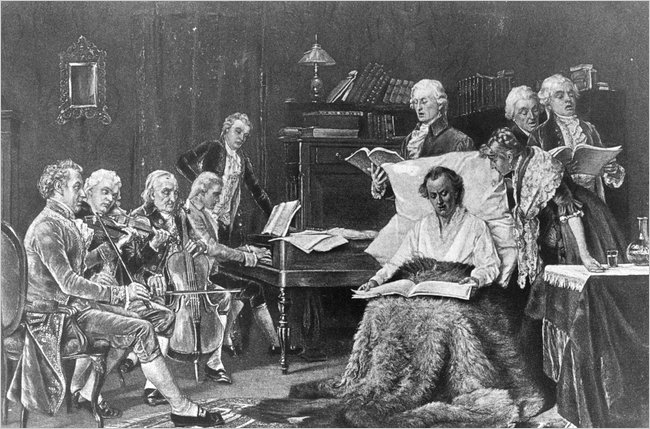 It seems very few famous classical composers made it past the age of 40 during the late 18th and early 19th centuries. Mozart’s death at 35 has perhaps received the most attention, and now the New York Times has published a piece drawing attention to the work of one scholar who has organized and analyzed 118 possible reasons for the composer’s death: “After Mozart’s Death, an Endless Coda.” That so much energy has been committed to a mystery without much historical import (especially since poisoning by rival composer Salieri seems to be ruled out) is a testament to the unique passion Mozart inspires.

For more on Mozart’s last years and burial site, check out this old post: “The Real Mozart.”

Four Seasons Theatre presents the classic Rodgers and Hammerstein musical South Pacific in a staged concert version this weekend in the Wisconsin Union Theater (Aug. 20 & 21 at 7:30 pm, Aug. 22 at 2 pm). Broadway star and Lodi native Tom Wopat will be featured as Emile de Becque, along with Verona native Alli Foss as Nellie Forbush. Added to the mix, FST Managing Director (and Madison Opera supertitles master) Sarah Marty is blogging about the production on the new FST Blog.

(Set for The Marriage of Figaro, Courtesy David Bachman)

Madison Opera fans, what are you most looking forward to in our upcoming season? The beautiful ensembles in Figaro? Jim DeVita in Threepenny? Or maybe the famous brindisi in Traviata? There’s so much to choose from, let us know! Join the conversation on Facebook or leave a comment below.

Wisconsin Public Television is continuing its broadcasts of Great Performances at the Met through the rest of August. Unfortunately, I’m a day late to post the information for Carmen, which aired last night and featured Elina Garanca in the title role, along with Madison Opera favorite Elizabeth Caballero (our Micaela in Carmen last November, and our Violetta in La Traviata next April) as Frasquita.

However, it’s not too late to watch Placido Domingo as a baritone (!!!) in the title role of Verdi’s Simon Boccanegra next Sunday, Aug, 22, 9:30 p.m. And don’t miss the final broadcast of the summer: Ambroise Thomas’s rarely staged Hamlet on Aug. 29 at 9:30 p.m., starring Simon Keenlyside in the title role, along with a fantastic cast incluiding Marlis Petersen, Jennifer Larmore, Toby Spence, James Morris, and David Pittsinger (Mephistopheles in our May 2009 Faust).