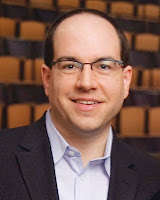 Madison Opera’s Board President announced today that current General Director Allan Naplan has been tapped to be the new President and General Director of Minnesota Opera, the 15th largest opera company in the US. Naplan will continue his duties with Madison Opera through performances of The Threepenny Opera in Feb. 2011, and the company is beginning a nationwide search to fill his position.

“We are thrilled for Allan, as this is an amazing opportunity for one of the youngest leaders of an opera company in this country,” said Fran Klos, Board President. Klos continued, “Allan has provided wonderful creativity and energy to our company, and he has helped us reach the highest levels of artistic excellence. It is an honor to Madison Opera that Allan has been offered this prestigious position. Meanwhile, with a strong board of trustees and a multi-year artistic and financial plan, the company’s continued success in ensured. Because of Allan’s leadership, our wonderful audiences, and our generous donors, Madison Opera has finished in the black for each of the last five seasons.”

In reflecting on his five years with Madison Opera, Naplan commented, “Madison has been a wonderful city for my family and me, and we leave it with regret. I truly appreciate the opportunities that Madison Opera has given me and the support we have received from the entire community. I have full confidence in the company and am convinced that Madison Opera has a bright future.”

Naplan will assume duties in the Twin Cities on Mar. 1, 2011. Madison Opera has organized a search committee and is beginning a nationwide search for a new general director. Klos stated, “We are already interviewing national search firms and we have put a transition team into place to assure the continuation of our business of producing outstanding opera for our Madison and regional audiences.” Continuing, she stated, “Allan will be deeply missed, but we are confident that with our organizational strength, our talented staff, artistic guidance from Maestro John DeMain, and a wide base of support, we will continue to grow and be a significant force in the Madison community for years to come.”

In September 2010, Madison Opera announced a budget surplus for the closing of the 2009-2010 season and increased subscription sales for the 2010-2011 season. The company opened its 50th anniversary season on Nov. 5 with a sold-out and critically acclaimed production of Mozart’s The Marriage of Figaro, and will continue its year-long celebration with performances of The Threepenny Opera, La Traviata and the Madison summer tradition, Opera in the Park, which most recently drew a record audience of over 14,000 people to Garner Park.

Opera Guy, you will be missed.

Alan, thanks for all that you have done for opera in Madison.

Dear Allan,
Many many thanks for all you have done for Madison Opera in just five eventful years:
You have helped consolidate the original strengths of the organization and assembled a truly fine staff who work harmoniously together – it seems that helping bring more and and better opera to Madison has been a joyful experience for all concerned!
Many thanks for all that verve – you have brought enthusiasm coupled with experience and practical vision at each step forward, and the journey has been a pleasure to see.

As one who enjoys being in St Paul for Minnesota Opera at the Ordway, I look forward to seeing what you'll be doing there in the future. All best wishes for continued successes!
Sincerely,
Dan Shea

As a subscriber to the Minnesota Opera, I'm thrilled! I've attended three operas in the past few years at Madison Opera (Madison is my home town) and I feel that the two companies share fundamental strengths – balanced seasons, solid and up-and-coming talent, and creative productions. I'm impressed with what I know about Alan's contributions to Madison Opera and look forward to his leadership up here in the Twin Cities. MN Opera keeps getting better every year and that can only continue!