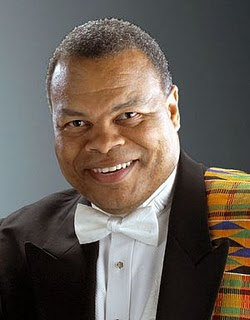 Do you remember Donnie Ray Albert? This globe-trotting, Grammy-winning baritone performed with Madison Opera at Opera in the Park 2005, and he’ll be back in town later this month as Giorgio Germont in La Traviata. He is the real deal, as you can read below, and we are honored to have him in this special 50th anniversary season production.

Now in his 35th year of performing professionally, Donnie Ray Albert has sung baritone roles and concerts in some of the world’s most prominent opera houses and symphony halls. Mr. Albert has performed such roles as Wotan and the Wanderer in Die Walküre and Siegfried with the New National Theatre in Tokyo, Japan, and the title role of Macbeth at the Klangbogen Festival in Vienna, Austria. Recent engagements include Mephistopheles in Faust with Semperoper Dresden; Four Villains in Les Contes d’Hoffman with the National Theater in Prague; and the title role in Rigoletto with Vancouver Opera. Donnie Ray Albert, a native of Baton Rouge, has received two Grammy Awards for Best Opera Recording, first for Porgy and Bess in 1977 and most recently for The Rise and Fall of the City of Mahagonny in 2009.

0 comments on “The return of Donnie Ray Albert”