Madison Opera’s production of Rossini’s Cinderella (La Cenerentola) closed the mainstage season of the 2011/12 Season of Dreamers. It was a stylish production directed by Garnett Bruce, in which the classic fairy tale was transported to 1930s Hollywood. Maestro John DeMain led a sparkling musical performance that had everyone on their feet. Madison Opera has been lauded in the past for its productions, and Cinderella won over audiences and critics alike!

Patrons got into the fun of the era with tableaux vivant presented by the Edgewood High School Drama Department (which recently took home a 2011/12 Tommy Award for their production of West Side Story). The talented students posed in scenes referencing some of 1930s Hollywood’s most iconic stars and characters:

On opening night, we hosted the annual gala to benefit Madison Opera, this season appropriately titled A Night at the Palace. Anthony and Leslie Cao provided guests with post-opera musical entertainment.

We rounded off opening night at Fresco Rooftop Restaurant & Lounge,with our second annual OUT @ the Opera, the signature event for our LGBTQ and Allied affinity group. 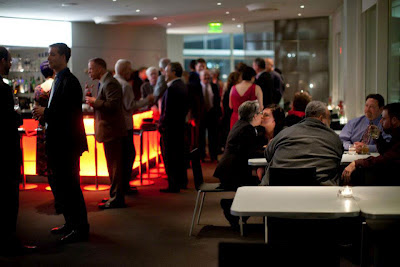 Cinderella was an incredibly busy and extraordinarily fun weekend! Thank you to everyone who made the 2011/12 Season of Dreamers unforgettable. We encourage you to email your comments and let us know your thoughts.

0 comments on “Cinderella: An Evening of Enchantment…”