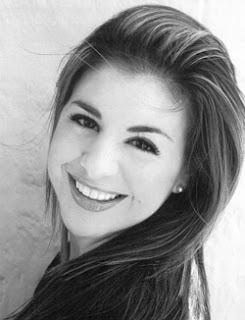 
1. My favorite thing about being a singer is:
My favorite thing about being a singer is the singing! Is that too obvious? I truly mean it, though. I love everything about singing: the music, singing music I’ve sung forever, singing new music I’ve just learned, the physical sensation of singing, the individuality and beauty of each singing voice, the challenges of mastering technique, the personal reward of executing something musical with my voice. It is so beautiful and so hard. I love it!
2. The greatest challenge in being a singer is:
The greatest challenge of being a singer is that it is a lifestyle, not just a career.
3. A live music performance I’ve attended that I will never forget is:
The recent premier of Kevin Puts’ opera Silent Night with Minnesota Opera was so exciting, musically, dramatically, and the production was fantastic. It was a heart-wrenching story told so powerfully.
4. A few of my favorite films are:
The Birdcage and The Lord of the Rings, and I really love documentaries.
5. Three things I can’t live without are:
My husband, Jeff.
My imagination.
Chocolate Chip Cookies with Milk.
6. My number one hobby is:
Buying myself flowers.

7. If you could perform with any singer, retired or deceased, who would it be?

There are so many singers that I adore of all voice types, but Maria Callas is a special inspiration to me.
8. If you weren’t a singer, what profession would you be in?
It is difficult to imagine not being a singer. If I wasn’t a singer, or couldn’t be a singer, I would probably be in the non-profit world. It would be very rewarding to work for arts organizations, or charity organizations.
9. What role do you wish you could sing that you could never sing because it’s the wrong voice type/gender?
I would love to be a villain! Sopranos have some really awesome music, but there are other characters that would be really fun to play. Musically speaking, Charlotte in Werther is a beautiful role. The music is so beautiful it is almost unbearable.
10. Describe your favorite moment on stage.
During a recent production in the Mad Scene of Lucia di Lammermoor, Lucia kills herself with a sword drawn across her neck. To make this extra bloody and gruesome, we used a “blood pack” coordinated with the sword for a very dramatic end to the scene. During the performance, the blood pack didn’t work out the way it was planned. When I squeezed it to release the blood, a large clump of fake blood flew through the air and landed on a chorister. It did not end up on my neck where it was intended. This could not be seen from the audience, but it was hilarious to all of us on stage.

See Angela in Madison Opera’s production of Handel’s Acis and Galatea January 10-13 in The Playhouse at Overture Center. Tickets start at just $20, but they’re going fast!