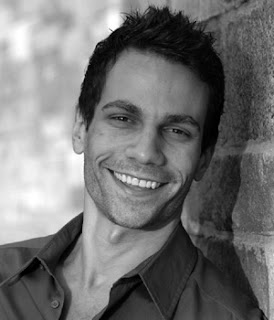 
1. My favorite thing about being a singer is:
The flexibility of our daily lives. Being your own boss and crafting your own schedule is not something a lot of people get to do.
2. The greatest challenge in being a singer is:
Maintaining discipline in the face of that flexibility. I had a teacher once who pointed out that you have to train like an Olympic athlete.
3. A live music performance I’ve attended that I will never forget is:
In recent memory, the best live performance I’ve heard was tenor Jonas Kaufmann singing Cavaradossi at the Met. I found myself unwittingly muttering expletives of disbelief at the sheer beauty and technical agility of his singing. Definitely something I will remember for a long time to come!
4. A few of my favorite films are:
The Lion in Winter (Hepburn and O’Toole), The Philadelphia Story(Hepburn, Grant, and Stewart), and Summer Stock (Gene Kelley and Judy Garland).
5. Three things I can’t live without are:
Tea, my wife, and my daughter.
6. My number one hobby is:
Tea. The delicacy, the art of creation… it’s a phenomenally fascinating craft.
7. If you could perform with any singer, retired or deceased, who would it be?
Renato Bruson, if I’m in an opera mood, or James Taylor, for all the other days.
8. If you weren’t a singer, what profession would you be in?
Probably law, or owning my own tea company

9. What role do you wish you could sing that you could never sing because it’s the wrong voice type/gender?

Carmen. For. Sure. I would be fierce!
10. Describe your favorite moment on stage.
My favorite moment is possibly one from summer stock theater in Cape Cod. We were performing Titanic, the Musical (good show!) and a storm took out ALL the electrical in the theater other than the red glow of the exit signs. After debating what to do, or if we could even proceed, most of the audience fetched flashlights from their cars. Some shone them into the pit onto the players’ stands, others shone them onto the stage; another brought their car to the side of the theater and shone their headlights in the side door and onto the stage. We finished the performance! What a memory that is!
See Kelly in Madison Opera’s production of Mozart’s Don Giovanni April 26 & 28 in Overture Hall. Tickets start at just $18– why wait.