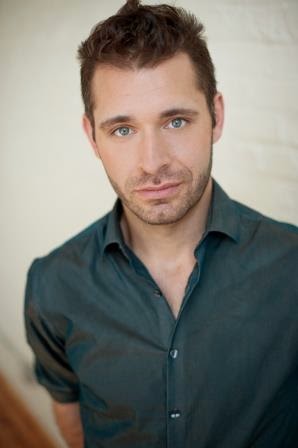 1.  Where were you born / raised?
I was born on the northwest side of Chicago in a very residential neighborhood.

2.  If you weren’t a singer, what profession would you be in?
I’ve always wanted to be a TV news anchor or to host a morning show on the radio.  I love WGN and the morning talk radio show in Chicago – in fact, I listen to the podcasts every day no matter where I may be in the world.

3.  My favorite opera is…
Eugene Onegin.  I sing the role of Prince Gremin, which is one of those roles that appear at the very end of the opera.  He gets to sing a beautiful, lyric aria.  He actually “wins” in the opera, but the meatier character for me is the title character of Onegin.  Sometimes, I’ll just go through Youtube and watch various scenes with different singers and stagings of the pivotal scenes to dream about singing the role.

4.  My favorite pre/post-show meal is…
I eat pretty normally every day, but after a show, I’d have to go with a burger and fries.  In Madison, I’ll go with cheese curds or poutine and a beer (after the show, of course).

5.  People would be surprised to know that…
I’m a pretty good student.  I took most assignments in school pretty seriously.  But I will say there are a couple of subjects I just have an insane amount of trouble comprehending.  I got mostly As and Bs in high school and college, but I had to switch out of the Geometry class I was in, because I could never get a grasp on the concepts of “proofs” in Geometry.  Go figure.

6.  What is your favorite song to belt out at the bar / in the car / for karaoke?
I love karaoke.  I usually go with “Home” by Michael Buble (who, for the record, I think is a fantastic singer).  I’ll also sing “Stars” from Les Mis or “Push” by Matchbox 20.  I’m not afraid to try new songs, though.  My best friend, Brittany, and I do a great rendition of “Light My Candle” from Rent.

7.  What is your pop culture guilty pleasure?
I love episodic TV shows.  I try to only focus on one or two that I religiously follow at one time, but some of my favorites are Breaking Bad, Mad Men, and The Comeback.

8.  A few of my favorite films are…
Jerry Maguire, Empire Records, Eternal Sunshine of the Spotless Mind, Home for the Holidays, and Father of the Bride.

9.  If we were to turn on your ipod right now, what five artists/songs would we see on your recently-played list?
You would see three different recordings of Sweeney Todd.  Aside from that, the Begin Again soundtrack, Damien Rice, the Mozart Coronation Mass, and Jay-Z.

10.  What is the best costume you’ve ever worn?
I had a custom-made beautiful Don Carlo costume as one of the deputies at Opernhaus Zurich.  It was tailored exactly to my figure for the premiere, and I think it’s cool that my name will always be inside the costume for the future singers who wear it.

11.  Bonus:  One question you wish someone would ask you (and the answer):
Q:  How did you know you wanted to be a performer/actor/singer?
A:  My parents took me to a PG-13 movie when I was about 10 years old, and I asked them what would make it different than the PG movies I was used to seeing.  They said there might be swearing and kissing in the movie, and that it was okay, because it was make-believe.  From this point onwards, I wanted to be an actor.

Don’t miss the chance to see Thomas in Sweeney Todd, a thrilling American masterpiece!  Performances are February 6, 7, and 8 in the Capitol Theater.  Tickets start at $25; visit madisonopera.org for more information.