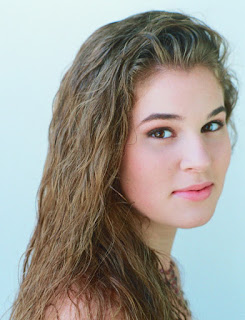 
1.  Where were you born / raised?
Born and raised in St. Louis, Missouri.

2.  If you weren’t a singer, what profession would you be in?
There is nothing I would rather do and I consider myself fortunate to be able to make a living doing what I love!

3.  The first opera I was ever in was…
The Very Last Green Thing on Earth with Opera Theatre of St. Louis in 1995.  It’s a short children’s opera about a dystopian earth where plants no longer grow, kind of like Wall-E but with opera singers.  I played a “child of the future.”

4.  My favorite opera…
To watch:  La Bohème.
To listen to:  The Magic Flute.
To sing:  any Donizetti comedy.

5.  My favorite pre/post-show meal is…
It is uncomfortable for me to sing on a full stomach (heavy costumes, acid reflux), so I typically eat something light a couple hours before performing.  After a show, anything goes!

6.  People would be surprised to know that…
I have played classical violin my whole life, but I won the concerto competition when I played in the St. Louis Symphony Youth Orchestra by singing opera arias.

7.  A few of my favorite books are…
Anything by Daniel Handle, Gone Girl, Travels in the Scriptorium by Paul Auster.

8.  If we were to turn on your ipod right now, what five artists/songs would we see on your recently-played list?
Billy Joel, Ben Folds, Pentatonix – for the proud choir nerd in me, Guster.  And they are all amazing live!

9.  What is the worst costume you’ve ever worn?
Hmm…  worst opera costume.  I honestly don’t remember any terrible opera costumes.  I did have to wear a bedazzled disco ball bathrobe and a feather boa when I sang Juno in Orpheus in the Underworld, but that was more awesomely bad.  I am pretty excited to try on my three-headed alien costume for an upcoming production of The Magic Flute, though!

10.  Everyone should go to the opera because….
Nothing makes you feel more cultured than going to the opera!  It is unlike any other art form in that it combines visual art, literature, drama, music, and singing in a way that a poem, a play, a ballet, or an orchestral concert cannot do on its own.  It demonstrates the awesome capabilities of the human voice by not using any electronic amplification.  At the opera it’s all real – real voices, real music, real emotions – and that is a pretty amazing thing to experience.

Bonus:  One question you wish someone would ask you (and the answer):
Q:  What is the story behind your wedding ring?
A:  The engagement stone is my husband’s father’s grandmother’s from the 1800s.  It’s European round cut, a style that is no longer made because it is cut to reflect candlelight.  My wedding band is made from the first Christmas present my (now) husband ever gave me, a small diamond necklace.  Because I wore it all the time, the chain kept breaking and I nearly lost the pendant several times.  I wanted to put it somewhere I would never lose it but could still wear it.  It’s been on my finger ever since.

Don’t miss the chance to see Marie all year long, on our mainstage and in our community.  Visit madisonopera.org for more information.