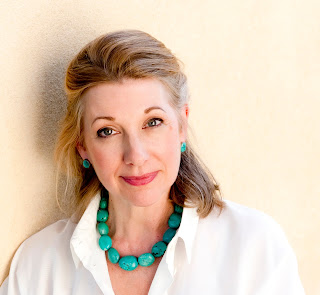 1.  Where were you born / raised?
I was born and raised in Madison.  I’ve directed Carmen and Eugene Onegin for Madison Opera and it’s always a joy to “come home.”  Wonderful people, beautiful city, and Friday Night Fish Fry!

2.  If you weren’t a stage director, what profession would you be in?
I’d love to do window displays.

4.  My favorite opera is…
Much too hard to answer.  I am very eclectic in my tastes, ranging from Philip Glass to Puccini.

5.  My favorite pre/post-show meal is…
I don’t eat much before an opening night performance.  Though as a stage director I’m not singing, I’m still breathing with everyone and focusing on every set piece, light cue, and costume change.  I’m hoping that the supertitles keep perfect pace and that the audience is as delighted to watch the performance as the singers and orchestra musicians are to present it.  It’s not the most relaxing experience!  I’m usually ravenous a few hours after the performance ends, once I begin breathing normally again!

6.  People would be surprised to know that…
I had a featured role on The Guiding Light.

7.  My favorite book to read growing up was…
I was a play-reading fanatic.  Noel Coward was my favorite.

8.  If we were to turn on your ipod right now, what five artists / songs would we see on you recently-played list?
I don’t have an ipod.  I keep the operas I’m preparing on my iphone, and alternate them.  There are usually 4-5 in rotating rep.  Constant listening to each of them is my most important method of preparation for directing.

9.  What is the worst costume you’ve ever worn?
During my performing days, I was once put into fur boots.  Not that unattractive, but they had fur soles as well, and it was like the Icecapades getting around the stage.  I actually took a fall during the dress rehearsal and broke my collar bone.  My opening night was only possible with a morphine pain pill.  I was reviewed as being “a little slow.”  Ha!

10.  Everyone should see Little Women because….
It’s a beautiful adaptation of a classic book, illuminating the precious quality of time and the inevitability of change.

Bonus:  One question you wish someone would ask you (and the answer):
Q:  Would you like to have a free vacation home in the south of France or Umbria and the time to spend several months a year there?
A:  Um, YES!

Don’t miss the chance to see Candace’s production of Little Women, as this beloved American classic comes to vivid musical life!  Performances are February 5 and 7 in the Capitol Theater.  Tickets start at $25; visit madisonopera.org for more information.