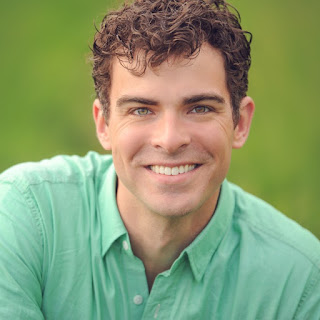 1.  Where were you born / raised?
Born / raised in Houston, but I’ve been living in Pittsburgh for 11 years.

2.  If you weren’t a singer, what profession would you be in?
Mountain / adventure / hunting / biking / skiing / rock-climbing guide.

3.  The first opera I was ever in was…
The Consul by Menotti.

4.  My favorite opera is…
The Marriage of Figaro.

5.  My favorite pre/post-show meal is…
I’m not picky.  Anything that will fill me up and give me energy.  I hate performing hungry.  I also usually keep a crisp and tangy apple on either side of backstage to fight off dry mouth and keep some sugar in my system.

6.  People would be surprised to know that…
My eyes are different colors.  Some people notice right away, others never notice.

7.  My favorite book to read growing up was…
Where the Red Fern Grows.

8.  If we were to turn on your ipod right now, what five artists / songs would we see on you recently-played list?
Currently Sufjan Stevens, Chris Tomlin, Jars of Clay, U2, and always several recordings of the upcoming operas I’m working on.  I’m a classical, NPR, and sometimes 80s/90s rock kinda guy.

9.  What is the worst costume you’ve ever worn?
My father-in-law has never been a big fan opera, but he’s been a pretty good sport about it.  A few months after I married his daughter Karen in 2004, I was in an old, dusty production of Faust.  My costume consisted of pea-green corduroy tights and a tunic that didn’t cover the tights below my waist.  (Everyone else’s tunics came down mid-thigh).  In addition to some unfortunate comments I received from the chorus, my poor father-in-law became quite suspicious of his daughter’s choice of a husband.  Not a great first impression of opera for him, and mostly because of a hideous and embarrassing costume.

10.  Everyone should see Little Women because….
I’ve been fortunate to perform several operas that use American literature as the source material (Grapes of Wrath, Of Mice and Men, Elmer Gantry, Our Town, Everest [from Into Thin Air], and Angels in America), and there are many more I haven’t had the chance to do yet (check out usopera.com!).  I have found that modern operas that draw upon famous novels and plays often prove to be very popular with audiences.  Little Women is no different.  Movie versions of books are nice and all, but I feel that opera can be an even more impressive and moving format.  Live theater is always more intimate, heightened, passionate – add to that the orchestra and powerful, fully acoustic singing?  There’s not much that’s more emotionally powerful and cathartic than that in my opinion.  (And it’s in English!!!)

Don’t miss the chance to see Craig in Little Women, as this beloved American classic comes to vivid musical life!  Performances are February 5 and 7 in the Capitol Theater.  Tickets start at $25; visit madisonopera.org for more information.