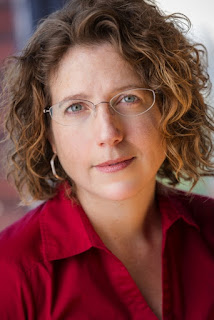 1.  Where were you born / raised?
Born in Philadelphia, grew up from age 8 in San Diego, California.

2.  If you weren’t a stage director, what profession would you be in?
I was pre-med in college – so I’d probably be a neurosurgeon, as that was my interest.  If I left opera now, I’d go into film.  I really want to go to film school.

4.  My favorite opera is…
Whatever I am directing that is going well.

5.  My favorite pre/post-show meal is…
Scotch and french fries.

6.  People would be surprised to know that…
My stage debut as a 3rd grader was as the head flying monkey in a school production of The Wizard of Oz.  I got to pull the stuffing out of the Scarecrow.

7.  A few of my favorite books are…
Jude the Obscure by Thomas Hardy, Childhood’s End by Arthur C. Clarke, and The Robber Bride by Margaret Atwood.  Also anything by George Eliot.  And the entire Calvin and Hobbes collection.

8.  If we were to turn on your ipod right now, what five artists / songs would we see on you recently-played list?
Queen.  The Who.  The Rolling Stones.  U2.  Florence and the Machine.

9.  What is the worst costume you‘ve had to deal with in staging a show?
I’ve worked on two different productions of Salome at the Met and San Francisco Opera – don‘t even talk to me about wardrobe malfunctions.

10.  Everyone should see The Tales of Hoffmann because….
It’s about love and life and art and it’s in French, which means that instead of it being really depressing and there being lots of dead bodies onstage, we drink champagne and leave the theatre glad to be alive.

Bonus:  One question you wish someone would ask you (and the answer):
Q:  Where do you get your ideas from and what influences your work?
A:  I am hugely influenced by art and TV and film – art (in all forms) that was being made when a piece was written or when it’s set or now, because that influences how we look at different periods.  Recent great historical series and films like Downton Abbey, or HBO’s Rome, or whatever has a huge visual influence on our audiences and how we tell stories to them.

Don’t miss the chance to see Kristine’s production of The Tales of Hoffmann, an extraordinary work that is equal parts fantasy, realism, and genuine passion.  Performances are April 15 and 17 in Overture Hall.  Tickets start at $18; visit madisonopera.org for more information.