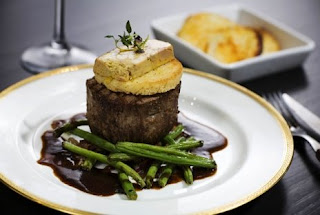 
The set has been erected. The costumes are perfectly fit. The Madison Symphony Orchestra has joined the party. The singers are in beautiful form. Eugene Onegin is coming together here at Madison Opera. Tonight is our final dress rehearsal, and here’s a taste of what you’ll hear this weekend:

The following is written by guest blogger Kylie Toomer. Kylie is the new Artistic and Office Manager for Madison Opera. She received her B.A. from Luther College in Decorah, Iowa, and her M.M. in Performance from the University of North Texas, where she studied with renowned American Tenor Richard Croft.

Many of us may reminisce on our adolescence and fondly (or not-so fondly) remember our “first love” and the tumultuous feelings of excitement, expectation, and doubt. “Should I confess how I feel?  What if they don’t feel the same? But, what if I say nothing? I have to say something!” Then the moment comes: you finally get up the nerve to bare your soul. Your palms are sweaty, you cannot stop fidgeting, you forget to breathe, and you lose all ability to form a coherent sentence. You finally blurt out: “I-like-you-will-you-go-out-with-me?” Good thing you spent all that time rehearsing in front of the mirror!
In Tchaikovsky’s most famous opera, Eugene Onegin, we meet an adolescent who is discovering her first love. Tatiana, a young country girl who always has her head in a romance novel, meets and instantly falls for the mysterious Onegin. Tatiana resolves to tell Onegin exactly how she feels in one of the most celebrated scenes in the opera, the “Letter Scene.”  Tchaikovsky brilliantly portrays Tatiana’s feelings of exhilaration and hesitation as she pours out her heart to Onegin. Tatiana is young, but she understands the possible consequences of telling Onegin her true feelings. Nevertheless, she is compelled by a stronger force—that of fate— and ultimately succumbs to her emotions.
As the scene begins, Tatiana speaks with a passion and dramatic fire that mimics what she reads in her romance novels— a sign that her fantasies of love are far more real to her than reality (listen for this music again in Act II).  Finally, she begins to write. Tchaikovsky cleverly uses the orchestra to depict the scene: the syncopation (off-beat rhythm) of the low strings represents her erratic heartbeat, the oboe and the flute mimic her writing, and the arpeggiation of the harp paints the image of Tatiana dipping her quill in ink.
Unsatisfied with her words, she tears up her letter. Tatiana is overwhelmed with frustration and fear of rejection, yet the hand of fate drives her to confess her feelings. Once again, the same interlude is heard and Tatiana begins another version of the letter, but ultimately discards it. She is convinced Onegin is the man destiny has chosen for her, despite her obvious fears and doubts; recklessness and rationality are fighting against each other. Eventually, Tatiana takes a moment to ponder the wisdom of her actions, and it is here that Tchaikovsky invokes some of the most sentimental and luscious melodies in the opera as she contemplates her as yet unknown fate. Tatiana asks herself: “Are you, Onegin, my guardian angel or my fatal tempter? Perhaps this is all trivial, an illusion of an inexperienced soul.” The simple rhythm and beautiful chromaticism (pitches not belonging to the primary tonal scale) evoke an overwhelming sense of honesty and hope; she is tempering her heart’s passions with a touch of caution. This is Tatiana’s first rational moment in the entire scene and is a glimpse of the woman she is to become.
However, this moment of rationality is brief and Tatiana decides to commit her life to the hands of destiny. In a musical outburst of elation, this same sentimental motif is transformed into a more dramatic and fanciful state, as if Tatiana’s dream and her reality are at last intermingled. Notice the melody begins with the trombones and interweaves with woodwinds, while the flourishing of the strings mimic Tatiana’s elation. Without hesitation, she signs the letter and before she can change her mind, sends it to Onegin. Anxious but hopeful, she must now wait for an answer…
As you listen to soprano Maria Kanyova sing Tatiana’s beautiful letter scene, you will hear motifs that Tchaikovsky uses throughout the opera. These motifs are Tatiana’s thoughts and emotions, but Tchaikovsky cleverly weaves these motifs into Onegin’s music as he rediscovers Tatiana and this time falls in love with her. Tatiana’s youthful motif reappears in her final scenes with Onegin, where they serve as a symbol of what Onegin once scorned and will never have: a love as pure and honest as Tatiana’s love for him.