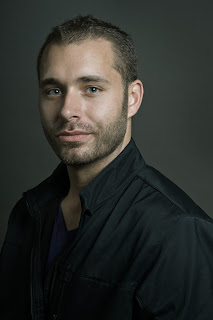 I always knew I wanted to be a performer, so the fact that I can sustain a life by singing is one of the greatest privileges I could imagine in my life.
2. The greatest challenge in being a singer is:
The time spent away from family and friends is always a struggle, but it also makes the time that we do have a lot more special.
3. A live music performance I’ve attended that I will never forget is:
The first time I went to a Broadway show. I saw the original cast of “Ragtime” when I was in high school. It was my first time in New York, and I remember walking out of the performance in a state of awe.
4. A few of my favorite films are:
V for Vendetta, Waiting for Guffman, Jerry Maguire, Father of the Bride, The Hunger Games
5. Three things I can’t live without are:
IPad, gym membership, and great food.
6. My number one hobby is:
Traveling. I can’t get enough of seeing this world while I am here.
7. If you could perform with any singer, retired or deceased, who would it be?
I’ve gotten the chance to perform with a lot of idols at Opernhaus Zürich, but a duet with Maria Callas would have been pretty cool.
8. If you weren’t a singer, what profession would you be in?
I would be in the arts in some capacity. I could see myself as a stage actor.
9. What role do you wish you could sing that you could never sing because it’s the wrong voice type / gender?
Rodolfo in La Bohème
10. Describe your favorite moment on stage.
The first time I did Figaro in Le Nozze di Figaro, we received the biggest stage laugh I had ever personally heard in the Act IV finale. It was the most fun I had ever had to date on a stage. It involved being hit with my own shoe and having Susanna jump on my back and ride horseback style across the stage.
Bonus: One question you wish someone would ask you (and the answer).
Who has been the biggest inspiration in your life to become a performer?
My Mom and Dad….they never questioned my choice of profession, and are the most encouraging audience I will have in my lifetime.