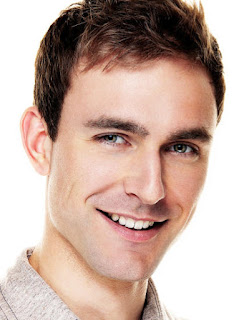 Website: www.christiaansmithkotlarek.com
1. My favorite thing about being a singer is:
I get to make people’s days better in such a simple and creative way.
2. The greatest challenge in being a singer is:
Striving for perfection while maintaining spontaneity.
3. A live music performance I’ve attended that I will never forget is:
It occurred on the Boston subway at Government Center station when three performers got on the train and began singing in three-part harmony, passed their hats around, and got off at the next stop. It blew my mind that they were having so much fun singing for us, and their performance really improved the mood of everyone on the train. Coming from a small town in Wisconsin, it really struck me that they seemed to be more focused on improving the mood of the passengers, and I think that’s what I’ve always wanted to achieve with my music – to show people.
Another performance I will never forget was seeing Bob Dylan sing “All Along the Watchtower” in October 2002 in Green Bay. I had listened to the Jimi Hendrix version so many times, and I had learned his guitar solo for my band and played that song with them many times as well. It meant so much to see the originator of that song, now in his seventies, scratch his voice through it for us that it moved me to tears. Somehow, it made me feel closer to Hendrix to think that Dylan had written and lived with the song before Hendrix made his iconic version of it, and I felt the pain of the loss of Hendrix even more because of the raggedness of Dylan’s voice. The fact that Dylan was still here playing his song made Hendrix’s genius and absence even more poignant, I think.
4. A few of my favorite films are:
North by Northwest, Aladdin, Toy Story, The Muppet Christmas Carol, Training Day, Shooter, and the Dark Night series.
5. Three things I can’t live without are:
Cars, exercise, and lots of carbs.
6. My number one hobby is:
High intensity interval training.
7. If you could perform with any singer, retired or deceased, who would it be?
Robert Merrill. His tone quality is incredible.
8. If you weren’t a singer, what profession would you be in?
I would work somewhere in the renewable energy transportation industry.
9. What role do you wish you could sing that you could never sing because it’s the wrong voice type / gender?
If I had to pick an aria I wish I could sing, it would be “La fleur que tu m’avais jettée” from Carmen or any of Don Ottavio’s pieces from Don Giovanni – they’re just so gorgeous.
10. Describe your favorite moment on stage.
My favorite moments on stage are when I get to do things that have an extra physical aspect to them. I really like doing parkour and jumping over things in real life, so when I got to jump over a couch as Count Robinson in Il matrimonio segreto, or do a backwards somersault after being thrown out of Tamino’s arms as Papageno in Die Zauberflöte, or do a parkour cat leap and pull myself up onto a balcony as Booth in Assassins, those are some of my favorite moments on stage.
Bonus: One question you wish someone would ask you (and the answer).
What is the most interesting thing you did in Madison as a Badger undergrad?
I put together a jazz/rock bar band that opened for Obama’s October 2007 campaign speech at the Monona Terrace.
See Christiaan in Madison Opera’s production of Verdi’s A Masked Ball (Un Ballo in Maschera) October 26 and 28 at Overture Hall. Tickets start at just $18!