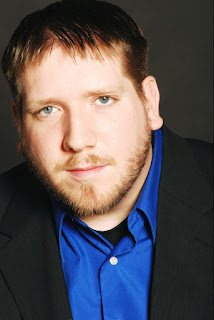 1. My favorite thing about being a singer is:
The ability to go to work every day and pour your soul into something – to work collaboratively with others and create art is the greatest privilege we have as singers.  I am so grateful to be able to do this for a living.
2. The greatest challenge in being a singer is:
The demands that having a career places on a singer are very high – the time away from home and family, the extra hours, and the travel all take their toll. There are many sacrifices that being in this line of work requires, and it’s a very delicate balancing act.
3. A live music performance I’ve attended that I will never forget is:
When visiting London with several high school classmates in 2001, I had the privilege of seeing the West End production of Les Misérables from the first row of the balcony. That I was finally able to see that show, and through it understand and experience all of the emotions that can be conveyed through live performance, helped galvanize for me that my future lied in music and in the theater. I will never forget that evening.
4. A few of my favorite films are:
I am a huge Stanley Kubrick fan – so some of my favorite films of his are Barry Lyndon, Paths of Glory, and of course The Shining. Kubrick was an absolute master of the lens, and his work was truly groundbreaking with regard to the visual narrative. But – for me, it’s his incredibly insightful and pointed use of classical music in his scores that make his films what they are. He is able to take elements of existing classical works (he was a huge Beethoven fan) and craft them into their own subtle commentary on the story – even at points allowing them to serve as leitmotif. It’s absolutely fascinating.
5. Three things I can’t live without are:
1 – My beautiful family.
2 – My iPhone.
3 – I know this won’t be popular, but – DA BEARS.
6. My number one hobby is:
Most definitely photography. I’ve been shooting on and off since high school, and I’ve definitely been devoting more time to it since the birth of our first child. She makes the perfect subject.
7. If you could perform with any singer, retired or deceased, who would it be?
Without a doubt, I would choose Cesare Siepi. Not just for the sake of actually being able to hear him live, in person –  but to be able to watch and learn from an absolute master of the Italian bass repertoire. If it were possible to sing the Leporello to Siepi’s Don Giovanni – there would be nothing that could ever top that!
8. If you weren’t a singer, what profession would you be in?
I think I would probably be in professional photography – wedding, scenic, sports –  or maybe even cinematography. I think that would be another career field that would be very fulfilling.
9. What role do you wish you could sing that you could never sing because it’s the wrong voice type/gender?
It would be great fun to sing The Queen of the Night from Mozart’s The Magic Flute. It’s one of those dream roles for singers – it features two of the most virtuosic arias in the rep, has minimal stage time, and is an incredibly fierce character. What else can a singer ask for?
10. Describe your favorite moment on stage.

A few years back, I was singing Dr. Dulcamara in a production of L’Elisir d’amore. As I had begun singing the opening lines of his first act aria, I sort of…well, I let’s just say that I lit my hand on fire. Thankfully, it was quickly extinguished –  and somehow I didn’t miss a beat, and the orchestra and I went on as if nothing had happened. The best part?  The audience, and even some of my colleagues thought that it was a planned gag. Ahhh…there’s nothing like the magic of live theater!

Bonus: One question you wish someone would ask you (and the answer).
Where did you grow up?

I actually grew up not too far from here, in a town called Pecatonica, IL, just west of Rockford. I used to travel to Madison quite often to see concerts with my friends, and I’m thrilled to return to the area and make my debut here!