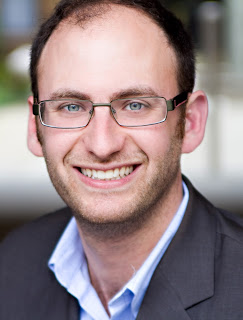 1.  Where were you born / raised?
Born in Albany, New York; raised in Delmar, New York.

2.  If you weren’t a director, what profession would you be in?
Chorus singer at the San Francisco Opera.

3.  The first opera I was ever in was…
In 2004, I was the assistant director for La Fanciulla del West at Glimmerglass Opera.  The performer singing Billy Jackrabbit was indisposed for the final performance and the cover was already singing Castro (another role in the show).  I had to go on as Billy AND Castro whenever they were onstage and not singing.  Full makeup, four quick changes, and two fight scenes.  Harrowing.

4.  My favorite opera is…
The Rake’s Progress by Igor Stravinsky / Les Contes d’Hoffmann by Jacques Offenbach / whatever I am currently directing.

5.  My favorite pre/post-show meal is…
Pre-show:  is anxiety considered a meal?
Post-show:  steak-frites.

6.  People would be surprised to know that…
I spent the first year of my career as a healthcare consultant.  I didn’t hate it.

7.  A few of my favorite books are…
Shadow of the Wind (Carlos Ruiz Zafon), anything by Haruki Murakami, The Velveteen Rabbit (Marjery Williams).

8.  If we were to turn on your ipod right now, what five artists/songs would we see on your recently-played list?
Bastille, “Pompeii.”  Hozier, “Take Me to Church.”  Lionel Ritchie, “You Are My Destiny.”  Various recordings of Carmen, La Bohème, and Lucia di Lammermoor (my next three projects).

9.  What is the best costume you’ve ever worn?
I have only worn a few costumes professionally, but one of the most fun was when I performed as a super in the David Hockney Tristan und Isolde at San Francisco Opera.  Bright orange hat, tunic, and leggings, plus a broadsword.

10.  Everyone should see La Bohème because….
The music, the passion, the romance, the heartache, and the despair.  It has everything needed for a fantastic evening of entertainment.

Bonus:  One question you wish someone would ask you (and the answer):
Q:  Have you ever fallen into the orchestra pit?
A:  Not yet!

Don’t miss David’s production of La Bohème, one of the greatest operas of all time!  Performances are November 13 and 15 in Overture Hall.  Tickets start at $18; visit madisonopera.org for more information.