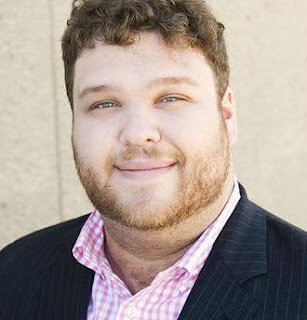 1.  Where were you born / raised?
I was raised in Bloomfield Hills, Michigan, a suburb of Detroit.  My wife and I moved back to Michigan after grad school in Boston and have been living here ever since.

2.  If you weren’t a singer, what profession would you be in?
I would be a chef and restauranteur.  I have always loved food and love to cook.  I also watch a lot of food TV.

3.  The first opera I was ever in was…
Massenet’s Cendrillon.  I was in the chorus in my undergrad.  My professional debut was as the Marchese d’Obigny in La Traviata with Michigan Opera Theater.

4.  My favorite opera is…
Verdi’s Falstaff.  You can’t go wrong with Verdi and Shakespeare together.  The way that Verdi writes for the voice and the comedy in the score are both thrilling to me.  Ending with that fugue was a stroke of brilliance.

5.  My favorite pre/post-show meal is…
I’m not a big eater before a show, so I am usually ravenous afterwards.  I need some protein and carbs to re-charge me after the show, but I don’t have a set meal.

All of my height is in my torso.  I have the same length legs as my wife and she is a full foot shorter than me.

7.  A few of my favorite books are…
I like to read mystery novels and biographies.

8.  If we were to turn on your ipod right now, what five artists/songs would we see on your recently-played list?

I don’t actually listen to music all that often, which I know is surprising.  I am more likely to listen to a book on tape or a podcast.

9.  What is the worst costume you’ve ever worn? Or if no such costume, what was the best costume?

My oddest costume was when I was playing a cat in Ravel’s L’Enfant et les Sortilèges.  I wore a spandex bodysuit with a full body mohawk made from a dryer vent.  I felt very exposed!

It has one of the most gorgeous scores ever written and really makes you invested in the characters.

Don’t miss the chance to see Evan in La Bohème, one of the greatest operas of all time!  Performances are November 13 and 15 in Overture Hall.  Tickets start at $18; visit madisonopera.org for more information.