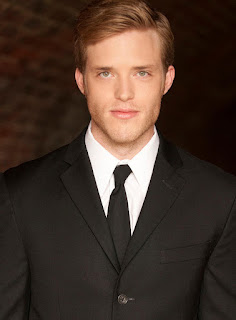 
1.  Where were you born / raised?
I was born in Washington, D.C., and lived in Arlington, VA until I was 8, when my family moved to Wilton, CT.

2.  If you weren’t a singer, what profession would you be in?
I have a dozen other lives I want to live.  I want to be a business / box office analyst for film, high school English teacher, management consultant, historical novelist, lawyer, political activities, journalist, restaurant manager, opera agent, film director….

3.  The first opera I was ever in was…
I sang Amahl in Amahl and the Night Visitors when I was 12, in a production that my church did.  The stage director told me I wasn’t allowed to hit puberty until after closing night.

4.  My favorite opera is…
Tosca!  I know that Joseph Kerman called it a “shabby little shocker,” but it’s so much more than that.  Political strife, love, betrayal – and Act 2!  The cat-and-mouse game of Scarpia and Tosca is all about control vs. freedom, sex vs. love, the many shades of loyalty and courage, and how dirty we all get when fighting for what we believe in.

5.  My favorite pre/post-show meal is…
Before a show, I prefer something simple, like a sandwich.  After a show, I’m badly behaved, and will have a glass of wine (or two) and ice cream.

6.  People would be surprised to know that…
I have a twin sister, Emily – she’s ten minutes older than I am, and you’d be hard-pressed to find a picture of me under the age of 5 that she isn’t also in.  She’s getting a Doctorate in Theology at Cambridge University right now.  We lead very different lives, as I like to tell people.

7.  A few of my favorite books are…
These days I’m concentrated on reading a lot of long-form journalism and current events.  I’d rather spend my reading time eating up the entire New York Times than read a novel.  I lead my whole life playing characters!  So weirdly, newspapers are my escape.  Michael Cunningham’s A Home at the End of the World was a very important novel for me growing up, however.

8.  If we were to turn on your ipod right now, what five artists/songs would we see on your recently-played list?
A little bit of everything.
1) Pink, “Just Give Me a Reason”
2) Queen, “Fat Bottomed Girls”
3) a This American Life podcast
4) Patti LuPone, “With One Look” from Sunset Boulevard
5) My little sister Abigail singing “Bel raggio lusinghier” from Bellini’s Semiramide – she’s a soprano in the grad program at Westminster Choir College.

9.  What is the worst costume you’ve ever worn?
Not worst, but how about complicated?  When I sang Papageno in The Magic Flute at Seagle Music Colony in 2008, I had a 4-foot feathered tail that was connected to me with an elaborate system of clips, belts, and harnesses.  I couldn’t easily sit down backstage, so I spent my time leaning on tables.  The whole thing took about 12 minutes to get in or out of.  Intermission was 25 minutes long, so after Act One, I would walk offstage, a costume assistant would unfasten me, and I’d get a bathroom break of 60 seconds.  Then we’d put the whole thing back on and I’d walk onstage just in time for the downbeat!

10.  Everyone should see La Bohème because…
The music is among the most beautiful ever written, but what pulls me back again and again is the fact that the characters are young people discovering themselves, the world, and who they are in that world.  Bohème is about the fight between “what’s right” and your gut feelings – Rodolfo and Mimi love each other, but they also know that they aren’t always their best selves with each other.  It’s also about being an artist and struggling to be a person outside of your art – each of the four friends finds a different way to do that.

Bonus:  One question you wish someone would ask you (and the answer):
Just the important things:  My favorite candy is Reese’s peanut butter cups and my favorite ice cream is Ben & Jerry’s Americone Dream.  I kid.  People always ask, “Where do you live?”  I technically live in New York City, but I’ve only slept in my apartment for about four weeks since 2013.  I’m looking forward to my home and my bed after this production of Bohème!!

P.S.  And I feel like I should mention my third sibling, since the other two got shout-outs – hey, Peter!

Don’t miss the chance to see Dan in La Bohème, one of the greatest operas of all time!  Performances are November 13 and 15 in Overture Hall.  Tickets start at $18; visit madisonopera.org for more information.