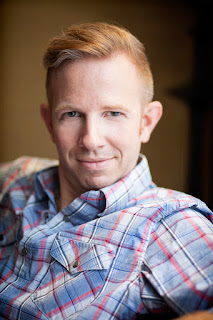 1.  Where were you born / raised?
Born in Jefferson, NC, raised in Beaufort, SC.

2.  If you weren’t a singer, what profession would you be in?
Woodworking / instrument-making.

3.  The first opera I was ever in was…
Candide (if you consider that an opera, which I do.  If not, then singing Alcindoro in La Bohème would be my first.)

4.  My favorite opera is…
Whichever one I’m currently performing.  Along with a few others – I can’t pick just one.  Eugene Onegin, Dead Man Walking, Wozzeck, Bluebeard’s Castle, and Le Nozze di Figaro would probably be my top five.  Although I do love Britten – maybe Peter Grimes and Midsummer Night’s Dream, too.

6.  People would be surprised to know that…
I never finished high school.  I have two advanced degrees, but no high school diploma or equivalency.

7.  A few of my favorite books are…
The Prince of Tides by Pat Conroy, The Soul of a Tree by George Nakashima, Language Older Than Words by Derrik Jensen, A Place of My Own by Michael Pollen, Mein Jahrhundert by Günter Grass.

8.  If we were to turn on your ipod right now, what five artists/songs would we see on your recently-played list?
Paul Simon, Die Fantastischen Vier, Chris Thile, Max Raabe und sein Palast Orchester, and Chet Baker.

9.  What is the worst costume you’ve ever worn?   Or if not such costume, what was the best costume?
I had some fairly “blah” costumes, but none that were really horrible.  One of my favorites was my first Leporello – it was a new production, so everything was tailored for me.  They even spent exorbitant sums on custom-made shoes for my feet – but, sadly, I didn’t get to keep them.

10.  Everyone should see La Bohème because….
The music is spectacular, especially the parts with that musician character, whatever his name is.  (Ed. note: It’s Schaunard.)

Don’t miss the chance to see Alan in La Bohème, one of the greatest operas of all time!  Performances are November 13 and 15 in Overture Hall.  Tickets start at $18; visit madisonopera.org for more information.