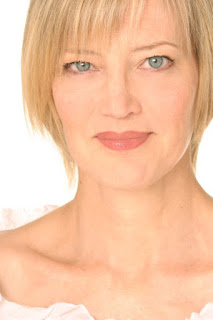 1.  Where were you born / raised?
I am a Milwaukee native, my dad was a mailman.  I went to UW-Stevens Point and got a degree in Music Education, and accidentally ended up singing opera in Germany for 25 years.  It’s wonderful to be back in Wisconsin, sharing what I’ve learned with the young singers at UW-Madison.

2.  If you weren’t a singer, what profession would you be in?
I‘ve always liked science, that could easily have happened.  Teaching is wonderful; I feel very honored to be able to be a potential catalyst for so many people.

3.  The first opera I was ever in was…
As a teenager, in the chorus of La Traviata for Music Under the Stars in Milwaukee.  My dad was assistant choral director for Florentine Opera, so I had an “in.”  My first role in college in Boulder, Colorado, was Musetta in La Bohème, and my first professional role was Violetta in La Traviata – in German!

5.  My favorite pre/post-show meal is…
At three o’clock, pasta and a boring sauce.  Snickers bar in the intermission, if it’s a tough sing, and lots of food afterwards.

6.  People would be surprised to know that…
Little Women was a scary book for me as a child.  My family called me Beth, I was the little musician in the family, and I’d even had scarlet fever.  I cried buckets when the “me” in the novel died, and wondered if my sewing needle would get too heavy someday.

7.  My favorite book to read growing up was…
A novel called Jade by Sally Watson.

8.  If we were to turn on your ipod right now, what five artists / songs would we see on you recently-played list?
I’m not a headphone fan, no ipod.  I listen mostly to standard jazz singers and chamber music.

9.  What is the worst costume you’ve ever worn?
There was a time when paper costumes were a fad in Germany, and they were awful!  They were stiff, hot, slippery, and rustled with every move.

10.  Everyone should see Little Women because….
It is like stepping into a time machine.  You get to re-live some of the most wonderful and poignant scenes in the novel, filtered through the perspective of Jo.  Love, loss, and lessons in accepting change, reconciling with ambivalence.

Bonus:  One question you wish someone would ask you (and the answer):
Q:  Are you a published scientist?
A:  Well, as a matter of fact, yes!  I worked in my brother Henry’s entomology lab – measuring the amount of yolk in unlaid mosquito eggs (I am not making this up) – and was credited in the publication in the Journal of Insect Science.

Don’t miss the chance to see Elizabeth in Little Women, as this beloved American classic comes to vivid musical life!  Performances are February 5 and 7 in the Capitol Theater.  Tickets start at $25; visit madisonopera.org for more information.

I cannot wait to see this opera! Ms. Hagedorn, you sound as intelligent as you are beautiful: your students must feel blessed.My husband and I are so looking forward to Little Women.