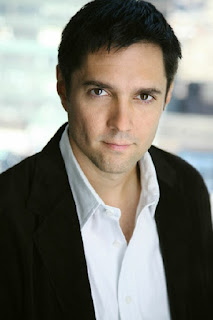 1.  Where were you born / raised?
I was born in Huntington, New York (Long Island), but moved when I was very young to Pittsburgh, Pennsylvania (Go, Steelers!).  I was raised in Pittsburgh but spent my junior high and high school years in Visalia, California.

2.  If you weren’t a singer, what profession would you be in?
I would want to be in something creative.  Possibly an architect?

3.  The first opera I was ever in was…
I did scenes of different operas in college, but the first full opera I was in was Madama Butterfly… singing Pinkerton.

4.  My favorite opera is…
I get asked this a lot and it’s so difficult to answer.  There are things I love about so many.  So, I’ll take the politician‘s approach and give several of my faves:  La Bohème, Otello, and La Traviata.

5.  My favorite pre/post-show meal is…
Whatever sounds good that day!

6.  People would be surprised to know that…
I’m an avid Pittsburgh Steelers fan and golfer.

7.  A few of my favorite books are…
The Bible, any good spy novel, and any beautiful burgundy and gold hardcover Ricordi opera score.

8.  If we were to turn on your ipod right now, what five artists / songs would we see on you recently-played list?
You would see an eclectic list for sure.  It would look something like:
Mario Del Monaco
Metallica
Frank Sinatra / Dean Martin / Sammy Davis Jr.
Journey (The Steve Perry years)
My study playlist for The Tales of Hoffmann

9.  What is the worst costume you’ve ever worn?
Probably the worst costume I’ve been put in was a costume for Don Ottavio in Don Giovanni.  It was Mozart period costuming, but mine was light pink with mauve tights.  Really???  Ottavio is wimpy enough without that!  (I did finally insist they change it… which they did!  Whew!)

10.  Everyone should see The Tales of Hoffmann because….
It is an extremely theatrical work and is actually quite dark and mysterious.  There is a lot going on and the possibilities and choices in staging and production are endless.  I’d also encourage everyone who is interested to read the actual writings of ETA Hoffmann.  The stories are all short, but give you a real insight into the mind and the “tales” of Hoffmann, thus making the experience of seeing the opera enjoyable on a much deeper level.

Bonus:  One question you wish someone would ask you (and the answer):
Q:  Describe the similarities between singing and golf.
A:  Check back for Part Two….

Don’t miss the chance to see Harold in The Tales of Hoffmann, an extraordinary work that is equal parts fantasy, realism, and genuine passion.  Performances are April 15 and 17 in Overture Hall.  Tickets start at $18; visit madisonopera.org for more information.