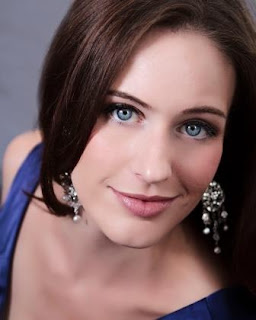 1. Where were you born / raised?
I was born in Madison, Wisconsin and grew up in Madison and Middleton. I graduated from Middleton High School.

2. If you weren’t a singer, what profession would you be in?
I would probably be a pharmacist. I always enjoyed math and science while I was in school. My mother is a nurse and I had grown up being interested in medicine, but was queasy around blood.

3. The first opera I was ever in was…
Puccini’s Suor Angelica. I sang in the chorus at the University of Michigan, where I did my undergraduate degree. I was so taken with the beauty of the music and the tragedy of Angelica’s situation that I became infatuated with Puccini and opera in general. It was an amazing first experience.

4. My favorite opera is…
Puccini’s La Bohème. It was the first opera that I ever heard and the music and story are so visceral that it really resonates with me. I was initially drawn to it because I was such a huge fan of Jonathan Larson’s musical Rent, which was loosely based on the opera. When I sat down and listed to Bohème, I knew no Italian, but was shocked by how quickly I was engrossed by the show and could follow what was happening. It may be a bit cliche, but the ending always makes me cry.

5. My favorite pre-show meal is…
A hamburger. I know a lot of people don’t like to eat before a show, but eating something filling a couple of hours beforehand helps me to feel grounded.

6. People would be surprised to know that…
Halloween is my favorite holiday and I love scary movies. I decorate our house with spiders, cobwebs, bats, and a giant skeleton on our front porch. I’m not a huge fan of romantic comedies and will always choose a horror or suspense film first.

7. My favorite musical instrument to play (or that I wish I could play) is …
My favorite instrument that I have played is the flute, but I don’t really play anymore. If I could play any instrument, it would be the cello. It creates such a rich sound; I’d love to take lessons at some point.

8. I like to binge-watch…
Sitcoms. Brooklyn Nine-Nine and Parks and Rec. are two of my favorite shows. It is very easy for me to lose an hour or two just letting the AutoPlay go. I know it’s been going too long when Netflix or HuluPlus asks me if I’m still watching.

9. What four people (living or deceased) would you like to invite for a dinner party?
That’s a tough one. I think I would invite Ruth Bader Ginsburg (ask her how to inspire more people to be politically active and hope to have some wisdom rub off), Whitney Houston (inspired me to be a singer when I was young and hopefully I would get to hear her sing live), Jesus Christ (go to the source and ask what he thinks about our path as human beings), and my Grandmother Marian (who helped take care of me when I was little and passed away suddenly when I was in elementary school).

10. Everyone should see The Magic Flute because….
It is a show with something for everyone. For those who like high-flying music, the Queen of the Night’s rage aria will definitely speak to them. For those who like more legato music, Tamino’s aria is full of long lines and yearning. There is dialogue that connects the musical numbers, which may bridge the gap between musical theater and opera for those new to the genre. It also contains comical characters such as Papageno who add light to the more serious themes. There is a monster in the show and supernatural themes for those who are fans of fantasy. There is also a happy ending, which never hurts.

Bonus: One question you wish someone would ask you (and the answer).
Q:  What is your favorite part of being a singer?
A:  I love getting to collaborate with other creative people. The colleagues that I have had the pleasure of working with over the past few years are some of the most brilliant and giving people I have ever met. I have consistently grown as a person and as an artist just by knowing them.


Don’t miss the chance to see Amanda in The Magic Flute, Mozart’s sublime opera that is part fairy-tale, part adventure story, and all enchantment.  Performances are April 21 and 23 in Overture Hall.  Tickets start at $18; visit madisonopera.org for more information.