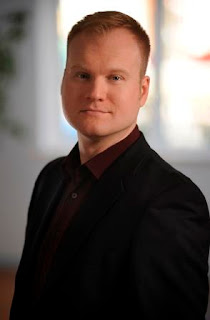 1.  Where were you born / raised?
I was born on Travis Air Force Base Hospital in Fairfield, CA, but I was raised in Hughson, CA – a small farming community in the California central valley.

2.  If you weren’t a singer, what profession would you be in?
I’d go into education. Being a teacher is a noble profession.

3.  The first opera I was ever in was…
My first opera role was Mr. Cox in the one-act comedy Cox and Box by Arthur Sullivan.  There’s a hilarious tenor aria in the show titled, “Hush-a-bye, bacon.”

4.  My favorite opera is…
I don’t have a single favorite, but at the top of my list are Don Giovanni, Le Nozze di Figaro, Don Carlo, and L’Italiana in Algeri.

5.  My favorite pre-show / post-show meal is…
Before a show I usually eat something pretty light and healthy – like a salad, fruits, steamed veggies, or non-cream-based soups.  After a show, I’m looking for the nearest Taco Bell.

6.  People would be surprised to know that…
I have webbed toes.

7.  The musical instrument that I wish I could play is …
The cello.  I love the timbre of that instrument.

8.  I like to binge-watch…
House of Cards and Game of Thrones.

9.  What four people (living or deceased) would you like to invite for a dinner party?
Jesus Christ, George Frideric Handel, Dolly Parton, and Ellen DeGeneres.

10.  Everyone should see The Magic Flute because….
Aside from having a stellar cast and crew, it’s a great “first–time opera” for those who have never seen one before (so bring a friend)!  It’s also great for those opera buffs who are seeing it again for the 80th time.  Musically and dramatically, it’s a fun journey for everybody!

Bonus: One question you wish someone would ask you (and the answer).
Q:  Aside from Madison Opera, what do you like about Madison?
A:  The beer cheese soup and fried cheese curds.


Don’t miss the chance to see Nathan in The Magic Flute, Mozart’s sublime opera that is part fairy-tale, part adventure story, and all enchantment.  Performances are April 21 and 23 in Overture Hall.  Tickets start at $18; visit madisonopera.org for more information.