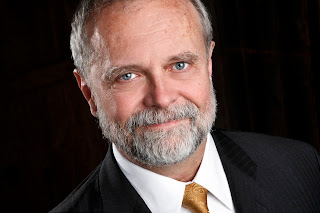 1.  Where were you born / raised?
LaPorte, Indiana (unlike some, I feel the spelling of my hometown has no space).

2.  If you weren’t a conductor, what profession would you be in?
Maybe a vet if I were smart enough.  I love animals and would love helping them.

3.  The first opera I ever conducted was…
Hard to say.  I’ve always been conducting something or getting something together in our basement at home, school, or church … and I don’t make distinctions within music theater – opera – operetta – musical theater, it’s all the same.  The first professional opera was probably La Calisto for the Canadian Opera Company and then my New York City Opera debut was Carmen, which I conducted many happy times at City Opera.

4.  My favorite opera is…
Always the one I’m working on, and it’s The Magic Flute.

5.  My favorite pre-show / post-show meal is…
Lately it’s been vegetable egg rolls and a salad. As long as it’s not too sinful, I like a variety of things, especially sampling the local cuisine. Cheese curds are definitely on my radar.

6.  People would be surprised to know that…
I’m an open book, but my favorite hobbies are the movies (old and new), theater, and gardening in our unkempt garden.

7.  My favorite musical instrument to play is …
I trained as a pianist and still try to play everyday.  I was a bad, but enthusiastic trumpet player and French horn player.

8.  I like to binge-watch…
British mystery, documentary, history, and screwball movies.

9.  What four people (living or deceased) would you like to invite for a dinner party?
Since we are doing The Magic Flute, it would definitely be Wolfgang and Constanze Mozart, Emanuel Schikaneder (the librettist), and Nancy Storace (one of Mozart’s favorite singers).  I think that would be a lively, happy group of interesting humans.

10.  Everyone should see The Magic Flute because….
It is an exciting rescue story revolving around the struggle of good and evil, with perhaps some of the greatest music ever composed of the sweeping variety: everything from folk tunes and gorgeous chorales to soaring opera seria, with moments of genuine humor and pathos.

Bonus: One question you wish someone would ask you (and the answer).
Q:  What was the most fun you ever had turning pages?
A:  Thanks for asking! When I was a student at Indiana University, my piano teacher, the virtuoso Jorge Bolet, was a great friend of Beverly Sills and he volunteered me to turn the pages for her pianist, Charles Wadsworth, during her recital at Indiana University.  Rather than saving her voice between numbers, she was very friendly and gregarious and wanted to know about all the great singers who were teaching voice at that time at IU.  She had heard them all sing, they had all influenced her, and she wanted to know how they taught.  It showed me how curious, searching, and interested a great artist was – she wasn’t interested in gossip, but rather how they taught and passed on their legacy to the future.  It was very exciting and humbling and I’ve tried to spend my life learning and sharing everything I’ve learned with the next generation.  This is one of the central themes of The Magic Flute, passing on the eternal truths to the uninitiated.

Don’t miss the chance to see Gary conduct The Magic Flute, Mozart’s sublime opera that is part fairy-tale, part adventure story, and all enchantment.  Performances are April 21 and 23 in Overture Hall.  Tickets start at $18; visit madisonopera.org for more information.