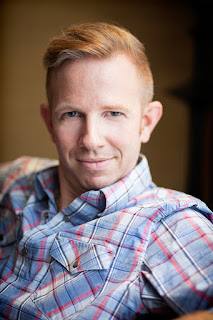 1.  Where were you born / raised?
Born in the mountains of Jefferson, North Carolina; grew up by the ocean in Beaufort, South Carolina .

2.  If you weren’t a singer, what profession would you be in?
A woodworker of some kind, most likely a luthier.

3.  The first opera I was ever in was…
Candide as Pangloss/Voltaire in a student production at St. Olaf College.

5.  My favorite pre-show / post-show meal is…
Pre-show:  Anything that doesn’t make me feel too full – fruit, sushi, or other light-fare.
Post-show:  Anything substantial and delicious. (Plus a good beer!)

6.  People would be surprised to know that…
I’m also trained as a violin maker.

7.  My favorite musical instrument to play is …
Violin, mainly chamber music (I don’t play much anymore, but I wish I did).

8.  I like to binge-watch…
Shows that don’t go on for endless seasons like The Night Manager or The Honorable Woman; and, contrary to the first part of the answer, Game of Thrones, which does seem to go on forever.

9.  What four people (living or deceased) would you like to invite for a dinner party?
Antonio Stradivari, Terunobu Fujimori (Japanese architect), Georgia O’Keefe, and Nick Offerman.

10.  Everyone should see The Magic Flute because….
The music really is magical.  It’s one of the few pieces that makes me wish I was a tenor or a soprano just so I could sing Dies Bildnis and Ach, ich fühl’s.

Bonus: One question you wish someone would ask you (and the answer).
Q:  Why can’t you ever come up with good answers to this last question?
A:  I have no idea.

Don’t miss the chance to see Alan in The Magic Flute, Mozart’s sublime opera that is part fairy-tale, part adventure story, and all enchantment.  Performances are April 21 and 23 in Overture Hall.  Tickets start at $18; visit madisonopera.org for more information.