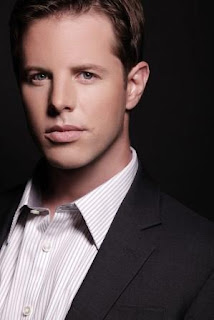 1.  Where were you born / raised?
I was born in Pittsburgh, PA, but we moved around a lot and I was raised in Denver, CO; Laramie, WY; and Wichita, KS; before finishing high school in Chambersburg, PA.

2.  If you weren’t a singer, what profession would you be in?
I think I would have stayed in music and focused on another instrument, although I’ve often romanticized the idea of being a free-lance visual artist.  Unfortunately I’m color blind, so that might have hurt my prospects, although maybe I could have passed off my green sunsets as something deliberate.

3.  The first opera I was ever in was…
I was Tom Snout in Britten’s A Midsummer Nights Dream.

4.  My favorite opera is…
This changes all the time depending on what I last listened to.  I always come back to Tosca, Le Nozze di Figaro, and Falstaff.

6.  People would be surprised to know that…
I started playing piano when I was 5 and my mom was my first teacher.  I started college as a guitar major and started singing in rock bands with my friends in high school.

7.  My favorite musical instrument to play is …
Piano when I’m feeling focused, guitar when I want to jam.

8.  I like to binge-watch…
I recently discovered this show Mad Men.  Have you heard of it?  It’s really good!  (I’m a little late to the party…)

9.  What four people (living or deceased) would you like to invite for a dinner party?
Louis CK, Jon Stewart, Patton Oswalt, and David Cross.  Maybe not so much a dinner party, but that seems like a fun group to hang out with and I think we could all use some laughter right now.

10.  Everyone should see The Magic Flute because….
There’s a reason it’s one of the most-performed operas!  It’s got some of Mozart’s best music and since it’s a fantasy, every production is fresh and unique and can appeal to a wide audience.

Bonus: One question you wish someone would ask you (and the answer).
Q:  Would you like the Baltimore Orioles to win the World Series this year?
A:  Sounds good, thanks!

Don’t miss the chance to see Andrew in The Magic Flute, Mozart’s sublime opera that is part fairy-tale, part adventure story, and all enchantment.  Performances are April 21 and 23 in Overture Hall.  Tickets start at $18; visit madisonopera.org for more information.