I HEAR THERE’S A PARTY IN HELL.
LET’S GO!

Orpheus and Eurydice are unhappily married, so she is delighted to die and go to
the Underworld with Pluto. When Public Opinion demands that Orpheus rescue her, he seeks the assistance of Jupiter, who is having his own trouble with rebellious gods who are bored of Mt. Olympus. Everyone soon decides to go down to Hades to have fun.

Orpheus in the Underworld

Sung in English with projected text

Face masks are required at the performances.
Read about our health and safety policies here.

Orpheus in the Underworld

Public Opinion explains her role:  she is the guardian of good behavior. She has plenty on her plate, because Eurydice cannot stand her husband, Orpheus, much less his music. Each quarrel ends in Orpheus demonstrating his violin virtuosity, and Eurydice would rather die than stay with such a boring man. Her wish comes true when she meets her beloved Aristaeus, a shepherd who is in fact Pluto, Lord of the Underworld. With the unwitting help of Orpheus, he has arranged Eurydice’s death. As she dies, she writes a quick farewell note to her husband before being whisked off to Hades. Orpheus comes home to find Eurydice gone and rejoices in his good fortune.  Public Opinion intervenes: If he does not plead with Jupiter to give him back his kidnapped wife, she will see that he is discredited with all his students. Orpheus grudgingly gives in and sets off for Mt. Olympus.

The gods are sleeping. Diana arrives and tells of the tragic loss of her beloved Acteon, and Jupiter reveals that he transformed the young man into a stag. Outraged at his interference, she and the other gods declare their boredom with life on Olympus. Mercury arrives to announce the kidnapping of Eurydice and the arrival on Olympus of Pluto. Happy to divert attention to someone else, Jupiter welcomes the Lord of the Underworld and questions him about Eurydice, whom Pluto denies abducting. Their quarrel is interrupted by a rebellion of the gods, who angrily remind Jupiter of all of his escapades on earth. When Mercury announces that a mortal is seeking an audience, Jupiter restores calm among the gods. Orpheus enters with Public Opinion and half-heartedly sues for the return of Eurydice. Jupiter decides to accompany Pluto down to Hades to investigate. The gods plead with Jupiter to allow them to go with him, and everyone sets off for hell.

Eurydice is disappointed. She had imagined a life of constant orgies in Hades, and instead finds herself under house arrest, guarded by John Styx, who claims to have been the King of Beotia. A noise leads Styx to lock Eurydice in an adjoining room. When Jupiter and Pluto appear, everything seems to be in good order, but the eagle-eyed Jupiter spots where Eurydice is imprisoned. After Pluto leaves, Cupid appears and transforms Jupiter into a fly, so he can get into Eurydice’s room. The disguised Jupiter successfully entices Eurydice. When he reveals his true identity, she is quite ready to follow him to the ends of the world, and they make plans to escape during Pluto’s party for the gods.

Fourth Tableau:  A Hall in the Underworld

Pluto’s party is at its height. Eurydice, disguised as a bacchante, is enjoying herself even more than the rest. But her plans with Jupiter are slow to materialize, as Pluto stops them from leaving and reminds Jupiter of his promise to give Eurydice back to Orpheus. Fearing the wrath of Public Opinion, Jupiter restores an unwilling Eurydice to a no-less-miffed Orpheus, but adds a condition: Orpheus must not look at Eurydice while they are making their way out of Hades. The unhappy mortal couple leave the party.  Jupiter sends a clap of thunder, which frightens Orpheus and makes him turn around. Eurydice and Orpheus are happily free of each other, and Public Opinion admits defeat. To avoid further disputes with Pluto, Jupiter makes Eurydice into a bacchante, as the party carries on, even merrier than before. 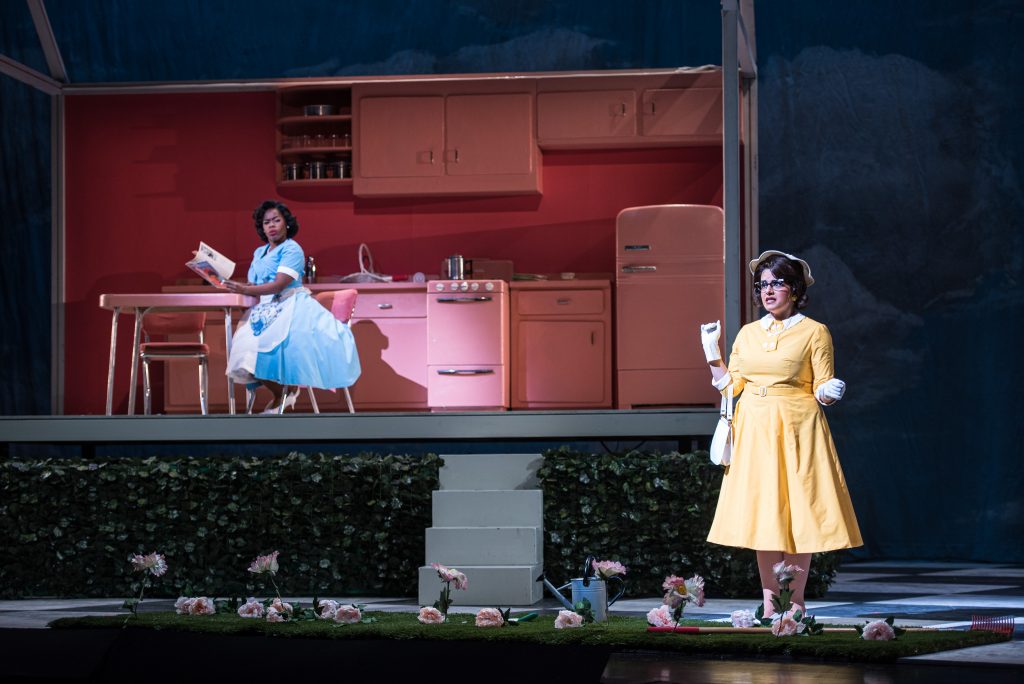 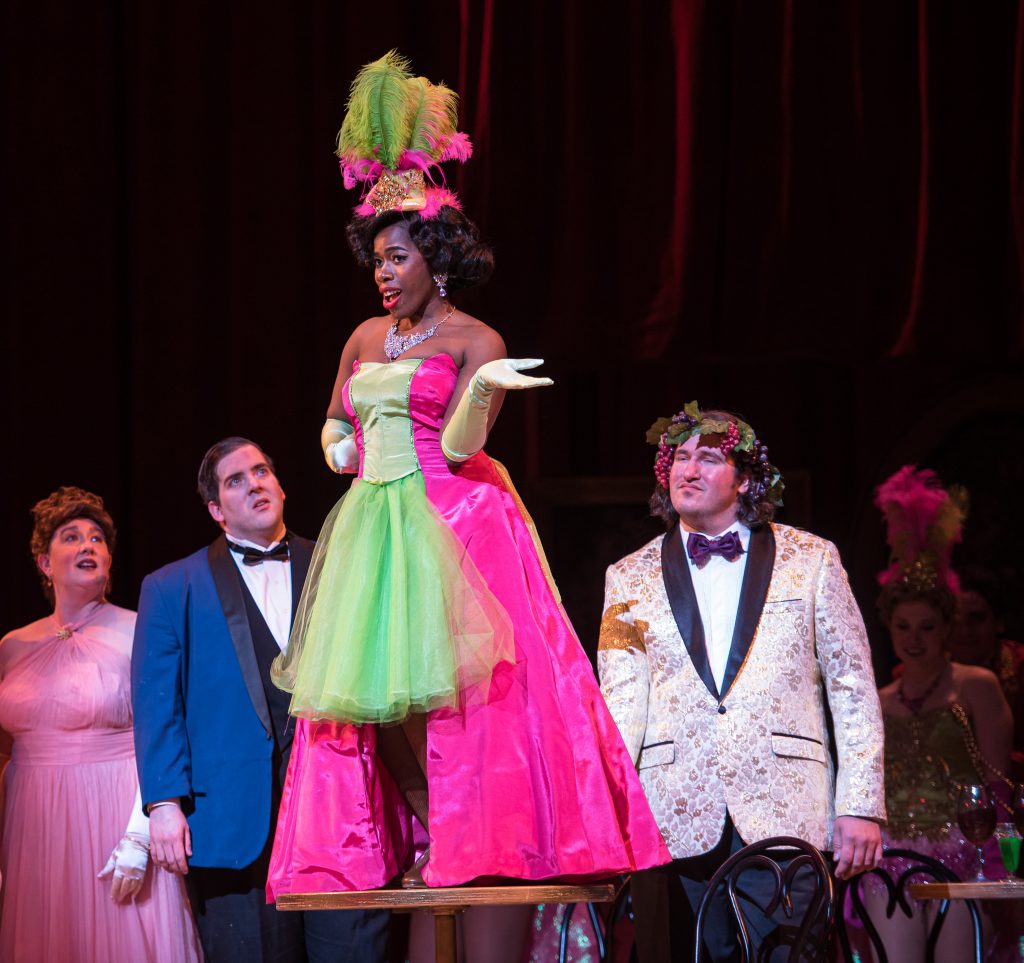 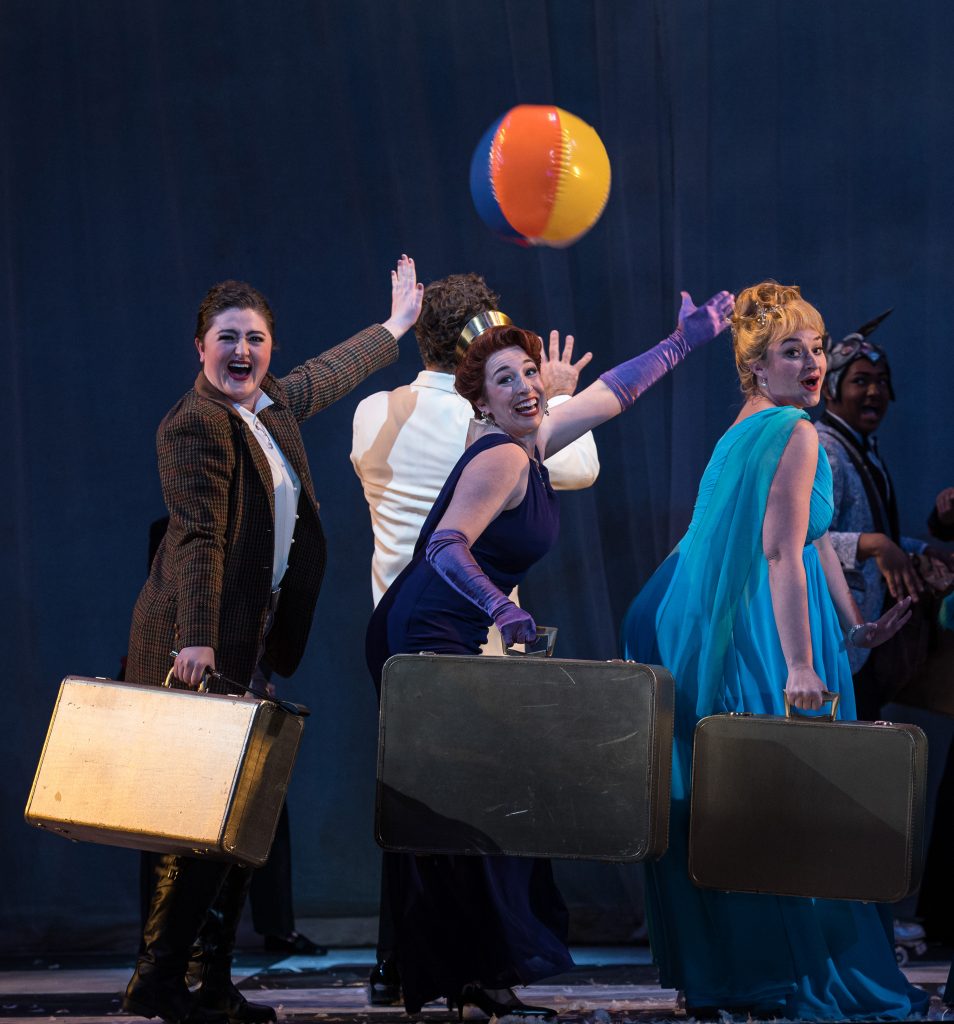 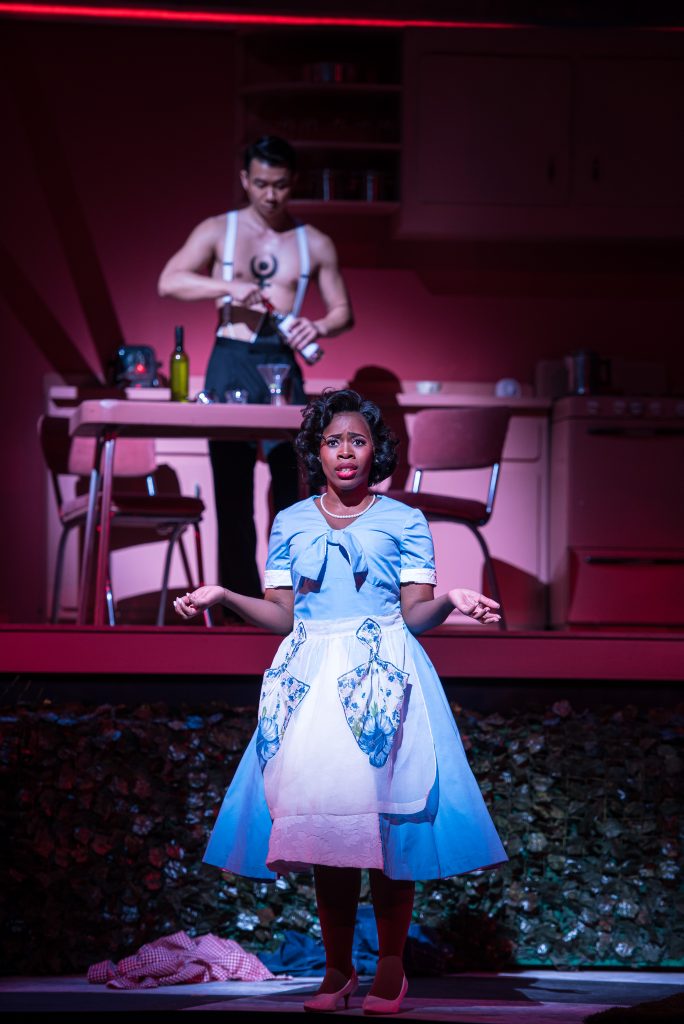 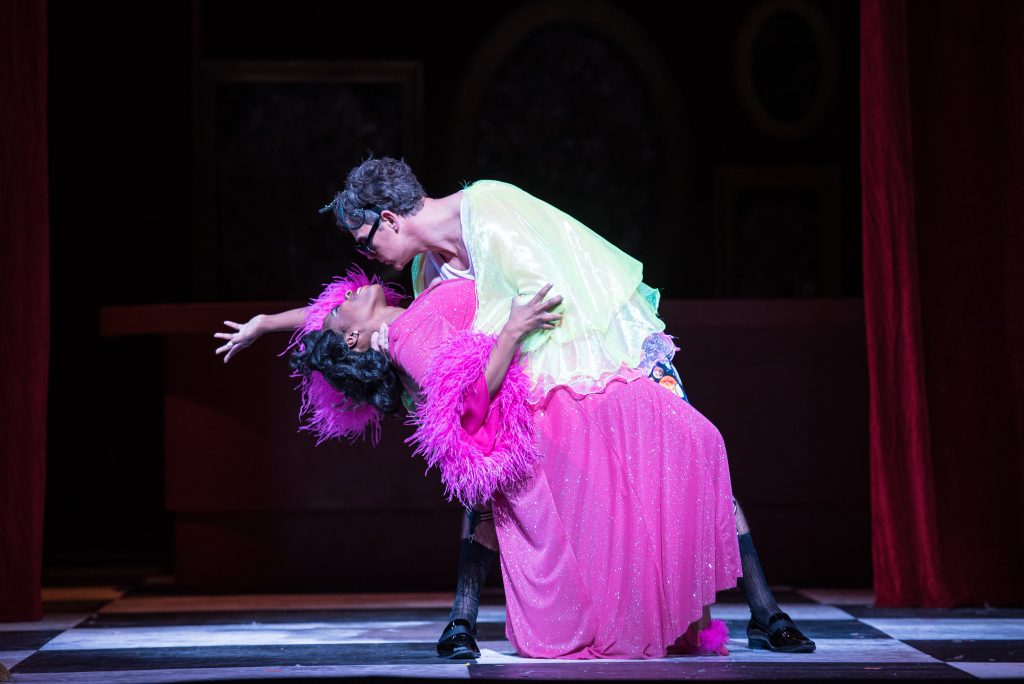 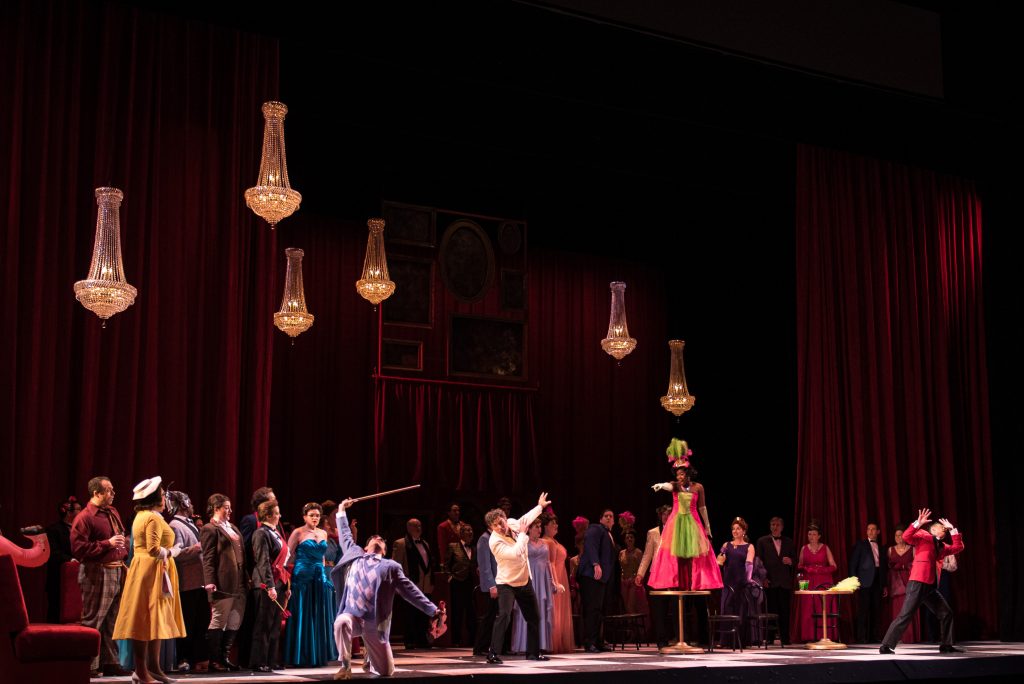