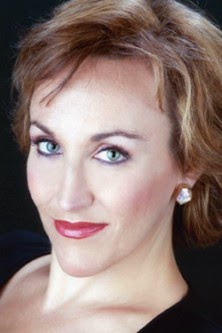 1.  Where were you born / raised?
I was born in Jackson, Mississippi, where my dad was helping to install the first computer for the University of Mississippi medical school, but we moved to College Station, Texas, where my dad helped install the first computer at Texas A&M, when I was a couple months old.  We have kept the same house (with some of the same carpeting and furniture), but the town sure has changed!

2.  If you weren’t a singer, what profession would you be in?
I always figured I would teach English Literature (still have the filled-out applicaton to TAMU grad school somewhere), but the closest I’ve come to that is giving a lecture for the New York C.S. Lewis Society last spring (titled “True North v. Magnetic North:  Divine Paganism in Wagner’s Ring Cycle“).

3.  My favorite opera is…
Puccini’s La Fanciulla del West.  I have often said that Minnie is the type of person I hope I would have been had I lived in that time and place.  I’ve sung the role three times now, but have yet to make my entrance on a horse in Act III.  Maybe someday…

4.  My favorite pre/post-show meal is…
I’m a big fan of sandwiches and usually snarf one down right before the show (pre-costume and lipstick, of course).  After the show, it’s generally whatever I have in the fridge (hopefully not *everything* I have in the fridge).

5.  People would be surprised to know that…
I’m a First Class Girl Scout (it used to be the equivalent of Eagle Scout) and have done a great deal of hiking, including the Laugavegurinn in Iceland and the Camino de Santiago de Compostela in Spain.  Still hoping to solo hike the Outer Hebrides and some other extended trails.

6.  What is your favorite song to belt out at the bar / in the car / for karaoke?
Any song by Heart, which I’ve been belting out since “karaoke” was just a hairbrush and a mirror.

7.  What is your pop culture guilty pleasure?
I used to be a Law and Order junkie, especially the original series.  I’m allergic to almost all reality TV, but my DVR is full of late-night talk shows.  Oh, and Nathan Fillion (Firefly and Castle) is totally my boyfriend (but may not be aware of that).

8.  A few of my favorite films are…
The Man from Snowy River, the original Star Wars, classic Steve Martin comedies (especially All of Me, Roxanne, and such), The Princess Bride, Monty Python, Mel Brooks, etc.

9.  If we were to turn on your ipod right now, what five artists/songs would we see on your recently-played list?
I’m a huge fan of audiobooks and just finished re-reading Terry Pratchett’s entire Ankh-Morpork City Watch storyline.

10.  What is the worst costume you’ve ever worn?
The worst costume was for First Lady in Julie Taymor’s production of The Magic Flute, when we had to black out our faces and ears with dark blue paint and wear big puppet heads mounted on top of a cone-shaped hood.  We did a lot of running around, and the paint would mix with sweat and run down our necks, etc.  We would find it everywhere, even days later….

11.  Bonus:  One question you wish someone would ask you (and the answer):
Q:  Who is your favorite author and your favorite book by that author?
A:  C.S. Lewis, The Screwtape Letters.

11b.  Another bonus question.
Q:  What were your favorite TV shows as a kid?
A:  Scooby-Doo and Gilligan’s Island.

Don’t miss the chance to see Emily in Sweeney Todd, a thrilling American masterpiece!  Performances are February 6, 7, and 8 in the Capitol Theater.  Tickets start at $25; visit madisonopera.org for more information.