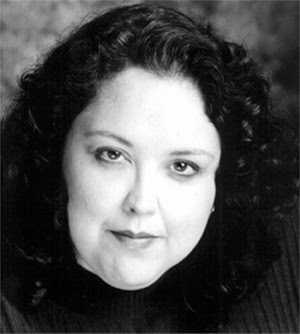 1.  Where were you born / raised?
Born and raised in Chicago Heights, Illinois.

2.  If you weren’t a director, what profession would you be in?
I would have been a lawyer.  I went to college as a pre-law/poli-sci major.

3.  My favorite opera is…
Too hard to answer.  I love too many to name a favorite – but I love Sondheim’s A Little Night Music.  I love La Bohème.  To name a few.

4.  People would be surprised to know that…
I was first chair violin in my youth orchestra.  I hated it because people could see me play.  I didn’t understand it was an honor – it wasn’t until years later that I understood the position.

5.  What is your favorite song to belt out at the bar / in the car / for karaoke?
Usually whatever is on the radio.

6.  What is your pop culture guilty pleasure?
Say Yes to the Dress.  Love watching the salespeople and the manic brides – then there will be some sad story that breaks your heart.

7  A few of my favorite films are…
Rear Window, Swing Time (or any Fred and Ginger film), The Third Man, Field of Dreams.  I love a variety of classical and contemporary films.

8.  If we were to turn on your ipod right now, what five artists/songs would we see on your recently-played list?
Sweeney Todd – Broadway cast album.

9.  What is the worst costume you’ve ever worn?
A costume in Arthur Miller’s The Crucible.  It was beautiful, but extremely heavy and multi-layered.  It could stand on its own and was way too large due to a rapid weight loss – I could practically turn fully around while it stood on its own.

Don’t miss the chance to see Norma’s production of Sweeney Todd, a thrilling American masterpiece!  Performances are February 6, 7, and 8 in the Capitol Theater.  Tickets start at $25; visit madisonopera.org for more information.