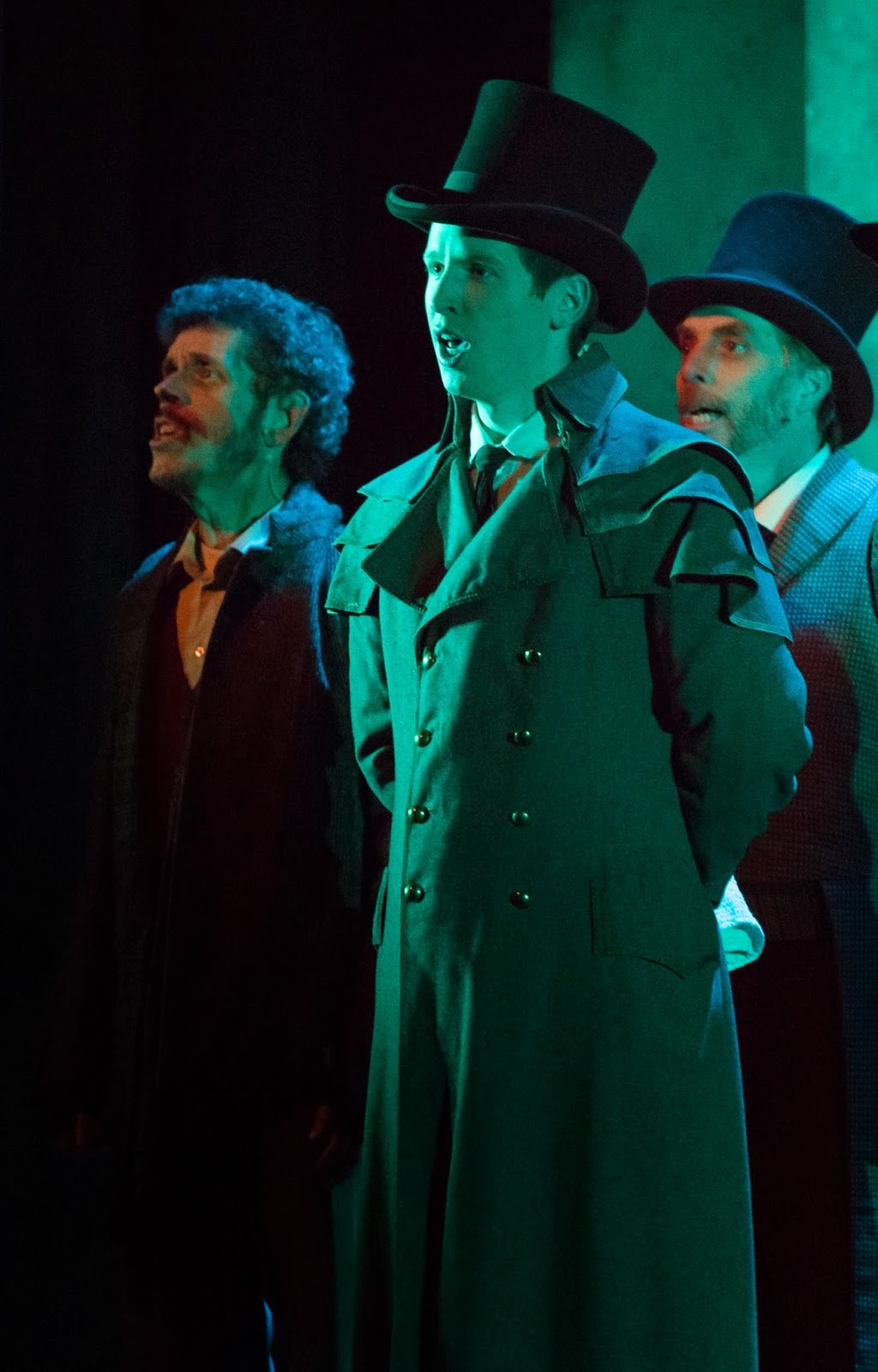 Christopher: I’m currently a second-year graduate student in speech-language pathology.  Following graduation in May, I’d like to work in a voice clinic, providing diagnoses of vocal function and therapy services to those having trouble speaking or singing.


Gail: I am a private voice teacher with over 35 students. When I’m not teaching, I’m directing the Tommy Ensemble for Overture Center.  If I’m not doing that, I’m musical directing productions in Madison, with companies like Children’s Theatre of Madison and Oregon Straw Hat Players. Many times I still like to get up on the stage and perform too. I sing in cabaret clubs in Chicago and New York. I have a new cabaret show on February 14th at the Zona Gale Theatre in Portage.  And throughout all these jobs, I’m keeping busy by being the Director of Education for a new regional musical theatre in Madison called Capital City Theatre.

Glen: My day job is deciding how to most productively use my time, because I’m joyously retired!  It does make it easier to fit in rehearsals.

2.  What are you most excited about for Madison Opera’s Sweeney Todd?

Christopher: I’m most excited to be Bobby Goderich’s hapless victim in the shaving contest between Pirelli and Todd.  My first show with Bobby was in 2007, and he’s always been a comedic role model for me.  Such timing!

Gail: Sharing the stage with incredible singers who really understand Sondheim’s lyrical intricacies and vocal nuances. It’s only until you delve deep into the script and score do you realize how clever he is.  It’s fun to share that with others who appreciate his work as much as I.

Glen: It’s all exciting, but the combination of ensemble and individual singing for the chorus members is particularly great.

Fred:  Emotional complexity.  Sweeney becomes a monster, with the help of the even more monstrous Mrs. Lovett, but he’s also a sympathetic character, as she is to some extent.  Evil, innocence, violence, love and humor are all stirred together.

3.  What is your favorite show that you’ve been in?
Christopher: Mike in my high school production of A Chorus Line. I love to tap dance, and it’s the only show in which I’ve ever gotten to do so.

Gail: Dead Man Walking was an experience with Madison Opera that I will never forget and I still feel like I won the lottery to have been a part of it. As for other theatre, I’ve been a professional actress for over 20 years; it’s always Sondheim shows that have the most profound effect on me. Playing the Witch in Into The Woods and Gussie in Merrily We Roll Along are my favorites to date.


Glen: Either Turandot or Aida, but I guess Aida wins because of the triumphal scene.  That always blows me away.

Fred: Tales of Hoffmann.  Theatre is always magical and Hoffmann is even more so.  And Madama Butterfly, partly because it’s moving and beautiful but also because my son was Trouble in our production in 1988.  I auditioned for Ann Stanke and had Brendan along with me.  After I sang Ann asked if she could speak to Brendan for a few minutes.  She then asked me if it would be all right to let Brendan play Trouble.  Serendipitous, and a very special memory.  I haven’t taken a child or a pet to an audition since, but it’s probably not a bad strategy.

Don’t miss the chance to see these four amazing singers in Sweeney Todd, a thrilling American masterpiece!  Performances are February 6, 7, and 8 in the Capitol Theater.  Tickets start at $25; visit madisonopera.org for more information.