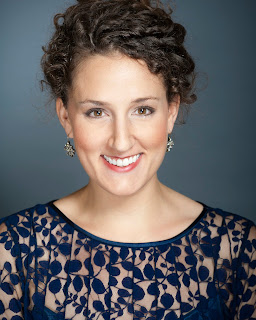 1.  Where were you born / raised?
I was born in Eau Claire, Wisconsin.  We moved to Madison / Middleton when I was three and I grew up in the Middleton-Cross Plains Area School District.

2.  If you weren’t a singer, what profession would you be in?
HGTV has convinced me I would be really good at flipping houses.  In addition to performing, I considered majoring in graphic design, arts administration / music business, or becoming an event planner.  I really like spreadsheets.

3.  The first opera I was ever in was…
I was in the chorus of The Bartered Bride my sophomore year at the University of Michigan; the only Czech opera I’ve ever done!

4.  My favorite opera is…
Strauss, Ravel, Weill, and Sondheim are my favorite composers.  Ariadne auf Naxos and Der Rosenkavalier are two of my favorites.  I am also a big advocate for modern opera and have been fortunate enough to have been part of Heggie’s Dead Man Walking and Weinberg’s The Passenger – two tremendously important works of the 20th century based on true stories of, respectively, a death row inmate and his spiritual advisor, and the lives of prisoners and guards in Auschwitz.

5.  My favorite pre/post-show meal is…
I used to be convinced I sang best after a Diet Coke and a chocolate chip cookie or gummy snacks and potato chips.  Post-show, I’ll never turn down a good whiskey.  Or cookies.  Or chips.  Or gummies.

6.  People would be surprised to know that…
After that last question?  That I’m a healthy eater!  I‘ve dabbled in veganism, but now generally eat a whole foods, plant-based diet.

7.  My favorite book to read growing up was…
I was big into mysteries (Nancy Drew, Boxcar Children), historical fiction, and Harry Potter.  I used to read a lot.  Now I’m addicted to podcasts.

8.  If we were to turn on your ipod right now, what five artists / songs would we see on you recently-played list?
Freakonomics, Radiolab, The Sporkful, This American Life, Note to Self…  I really like podcasts.

9.  What is the worst costume you’ve ever worn?
I was in a production that custom-made all new 1890s dresses for the chorus women…  and then they dyed them.  They shrunk.  We could barely lift our arms and half of us had midriffs showing despite the hooks to keep the bodice and full skirt together!  I’m also allergic to wool and am given some sort of wool garment about 25% of the time.

10.  Everyone should see Little Women because….
It‘s a growing-up story most people know, but told in a different way.  Plus, it’s in English!

Bonus:  One question you wish someone would ask you (and the answer):
Q:  I have this little house on a couple acres of wooded land with puppies, goats, chickens, and an alpaca – can I give it to you all for free?
A:  Why yes, thank you!

Don’t miss the chance to see Courtney in Little Women, as this beloved American classic comes to vivid musical life!  Performances are February 5 and 7 in the Capitol Theater.  Tickets start at $25; visit madisonopera.org for more information.